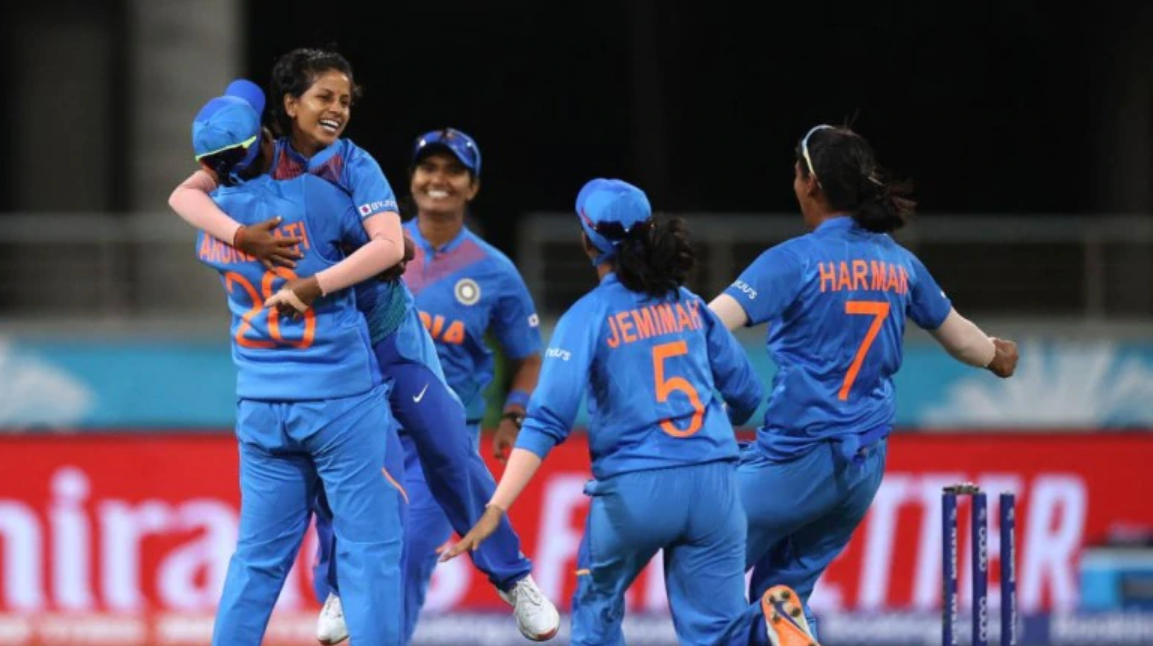 The start to the Women’s T20 World Cup has been fantastic for the India’s Women’s team as they beat the defending champions in the opening match. Batting first, team India put an average score of 132 runs in 20 overs. The big stars of Indian team such as Harmanpreet Kaur and Smriti Mandhana failed to score big in the inaugural match of the World Cup 2020. Chasing a short score, Australia got off to a good start with opener Alyssa Healy making a 35-ball 51 zipped with six boundaries and a six to anchor the chase for the defending champions.

The Big Dance is underway with a bang!#AUSvIND | #T20WorldCup pic.twitter.com/EAyJhLEL2Q

Game over. India win the opening match of the #T20WorldCup.

However, Indian spinners Poonam Yadav and Shikha Pandey triggered a collapse as Australia suddenly slipped to 82/6. Poonam (4/19) scalped four wickets, back to back in two successive deliveries of the 12th over to hamper the backbone of Australia’s chase. The spinners in middle over really made it difficult to let Australia score on the slow track which was suited to the spinners more than the pacers. As a result, the Indian spinners snapped a total of 7 wickets (Yadav – 4 and Pandey – 3) in the opening match to make a resounding start of the Women’s T20 World Cup.

Player of the Match on comeback for Poonam Yadav!

Having missed all of the tri-series with an injury, you can see what this means to her 🙌 #T20WorldCup | #AUSvIND | #TeamIndia pic.twitter.com/Tf0XQ5sjRv

Overall the women’s team performed collectively to register their first win of the tournament. The Indian wicket-keeper Taniya Bhatia also cheeped in with two fabulous catches behind the stumps and two impressive stumping of the Australian women’s team.

#TeamIndia begin the #T20WorldCup campaign with a win over Australia 🇮🇳💪 #AUSvIND pic.twitter.com/JKcPaGUibf

A big cheer for the the Women in Blue for their first game in the #T20WorldCup and for the entire tournament… We're watching you ladies smash it on the field and we'll be rooting for you all through🇮🇳🇮🇳🇮🇳. #TeamIndia #AusvInd

Congratulations @BCCIWomen on a magnificent beginning to the World Cup Campaign. Great effort by Poonam Yadav and the bowlers to defend 132 against Australia. Best wishes for the matches ahead #AusvInd pic.twitter.com/se9F12Xvpa

What a start to the tournament, @BCCIWomen! Beating the hosts and defending champions Australia in the very first game!

Well done, #TeamIndia! That was a great defence of a moderate total and you beat the defending champions!! 🇮🇳😃 https://t.co/yxVx593sYq

What a win and what a start to the #T20WorldCup with the #AUSvIND game! Continue to play with pride and play with love… #TeamIndia More 💪🏻 to you 🏏

Team India will be riding high with the win over the Aussies but to win the T20 World Cup, they will need to keep getting such performance from the team in order to be the ultimate champion. The Women’s team will the face the neighboring country Bangladesh on February 24th at Perth.