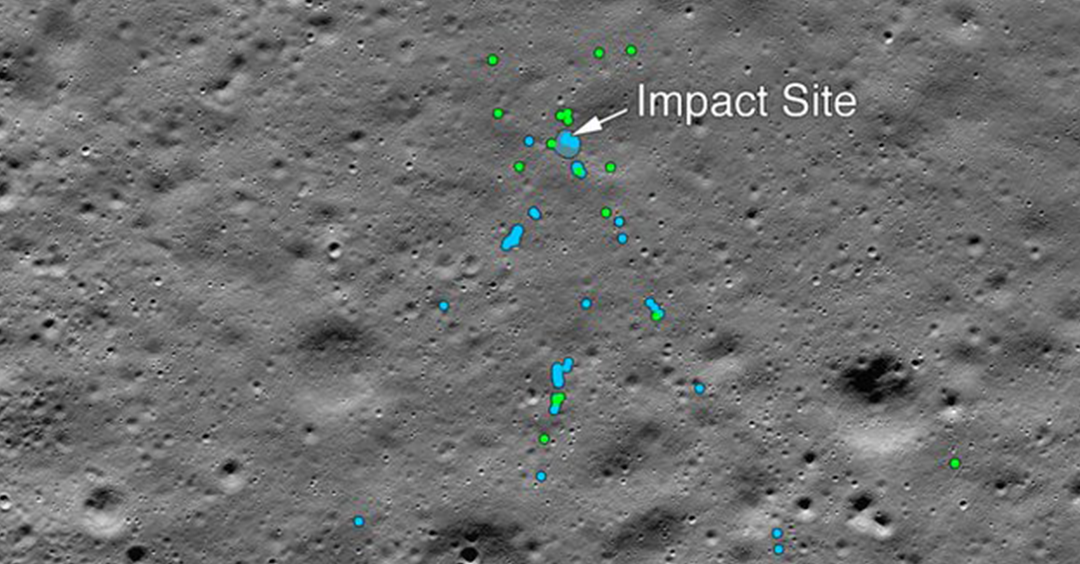 On Tuesday, the US agency NASA has found Vikram lander of Chandrayaan-2 which crashed on the lunar surface in September. The agency had found the potential debris of the Vikram lander on the moon, by its moon orbiter – Lunar Reconnaissance Orbiter (LAO). Nasa’s – Lunar Reconnaissance Orbiter had captured the first set of images of the site on September 17, when it was lunar dusk in the region. At that time, LRO scientists were unable to identify the Vikram lander due to the long shadows in the region during dusk.

A mechanical engineer and an app developer from Chennai, Shanmuga Subramanian, contacted the LRO project with a potential identification of debris, confirmed later by the NASA team when they compared the before and after images of the site. The debris which was first located by Shanmuga is about 750 meters northwest of the main crash site of the lander.

NASA also released an image showing the impact site of the lander and shared it on twitter.

The #Chandrayaan2 Vikram lander has been found by our @NASAMoon mission, the Lunar Reconnaissance Orbiter. See the first mosaic of the impact site https://t.co/GA3JspCNuh pic.twitter.com/jaW5a63sAf

According to NASA, the image shows the Vikram Lander impact point and associated debris field. The green dots on the image indicate the debris of spacecraft and the blue dots indicate disturbed soil.

The Indian Space Research Organisation (ISRO) targeted Chandrayaan 2 Vikram lander for about 600 kilometers from the South Pole on the highland smooth plain, but unfortunately, they lost contact with their lander shortly before the scheduled landing. A few days after the landing was failed, ISRO said that it had located the lander, but failed to establish communication with the lander.
NASA believes that despite the loss of contact, getting that close to the surface was an amazing achievement by the ISRO.