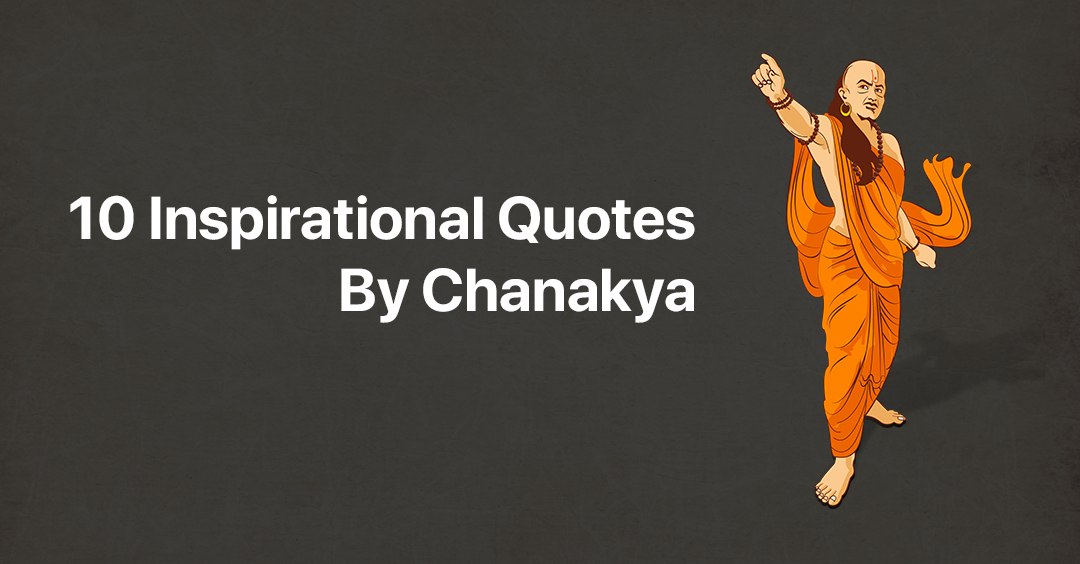 Traditionally known as ‘Vishnugupta’ or ‘Kautilya’, Chanakya was a well-known Indian jurist, philosopher, teacher, royal adviser and economist. He is the author of the famous ancient Indian political treatise, ‘The Arthashastra’. His works, & writings are considered to be an important predecessor to classical economics and he is regarded as the explorer of political science and economics in India. He was an advisor of Chandragupta Maurya & played an eminent role in the establishment of the ‘Mauryan Empire’.

Read through the remarkable quotes and sayings by Chanakya which have been extracted from his works, writings, thoughts, philosophies and teachings: 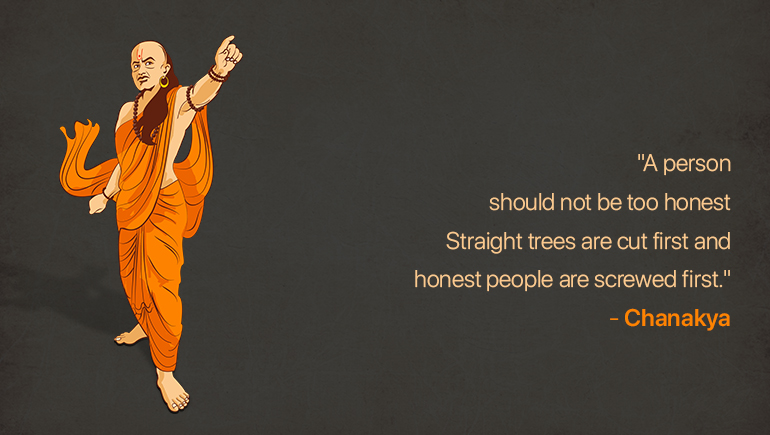 1. “A person should not be too honest. Straight trees are cut first and honest people are screwed first.” 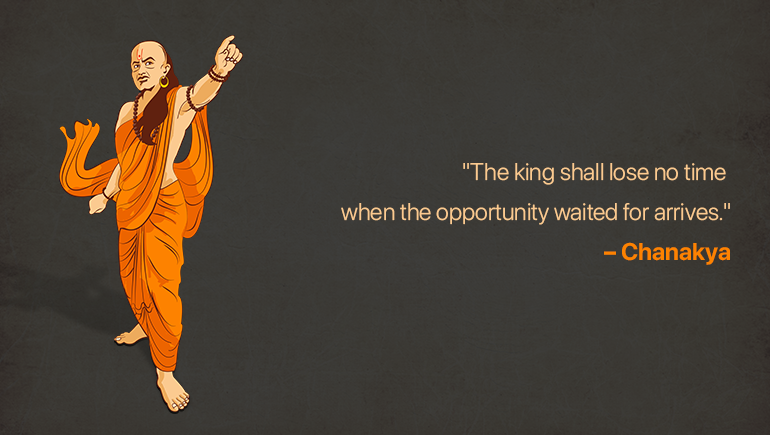 2. “The king shall lose no time when the opportunity waited for arrives.”

3. “Once you start working on something, don’t be afraid of failure and don’t abandon it. People who work sincerely are the happiest.” 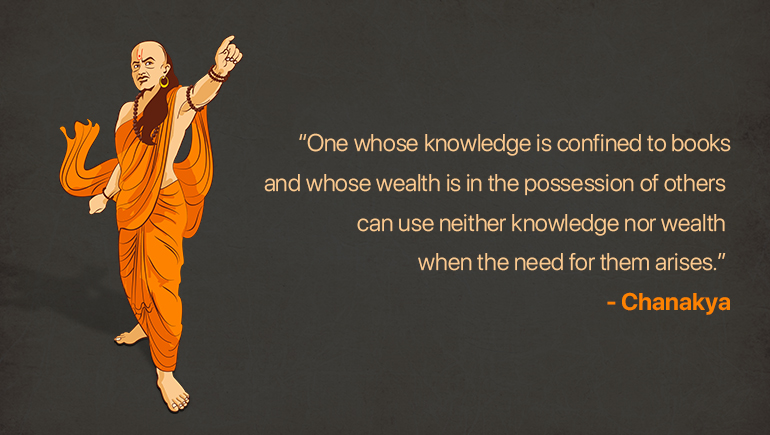 4. “One whose knowledge is confined to books and whose wealth is in the possession of others can use neither knowledge nor wealth when the need for them arises.” 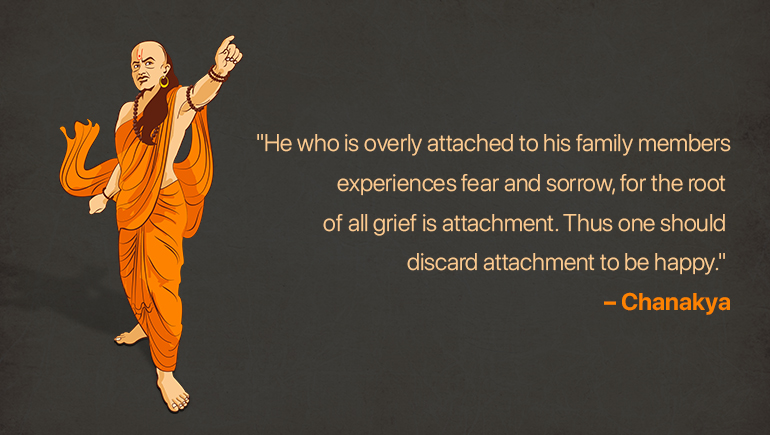 5. “He who is overly attached to his family members experiences fear and sorrow, for the root of all grief is attachment. Thus one should discard attachment to be ”

6. “There are three gems upon this earth, food, water, and pleasing words — fools (mudhas) consider pieces of rocks as gems.” 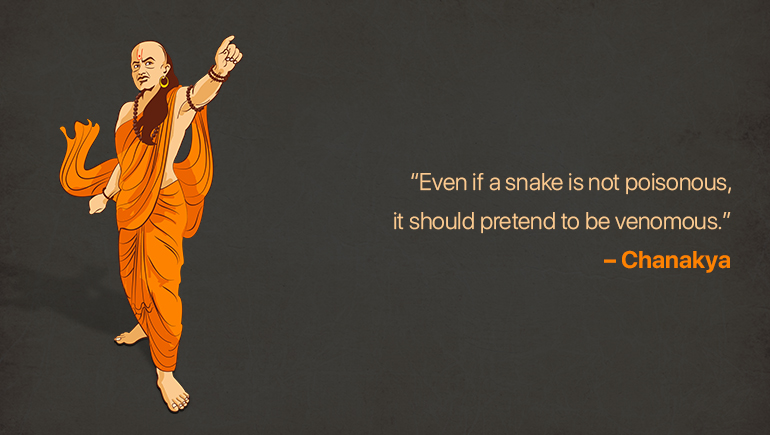 7. “Even “if a snake is not poisonous, it should pretend to be venomous.” 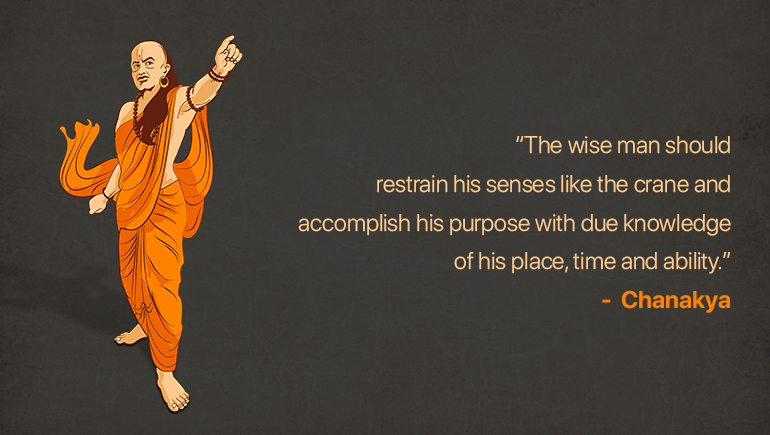 8. “The wise man should restrain his senses like the crane and accomplish his purpose with due knowledge of his place, time and ability.” 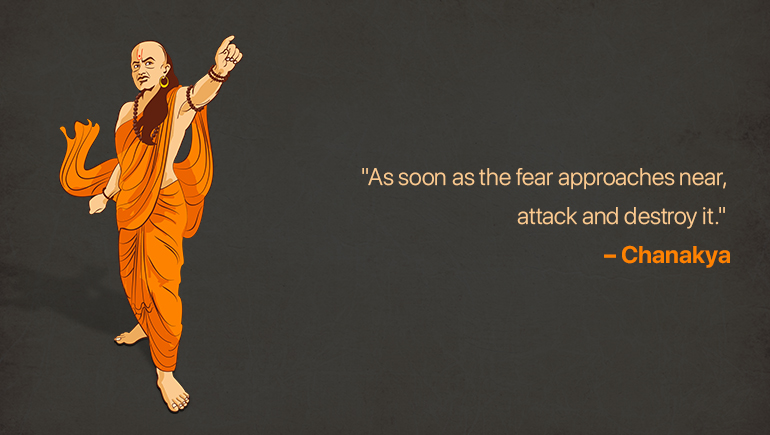 9. “As soon as the fear approaches near, attack and destroy it.” 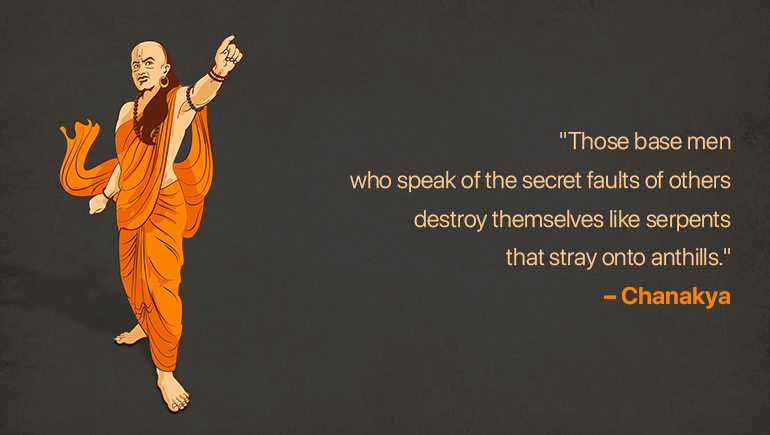 10. “Those base men who speak of the secret faults of others destroy themselves like serpents that stray onto anthills.”