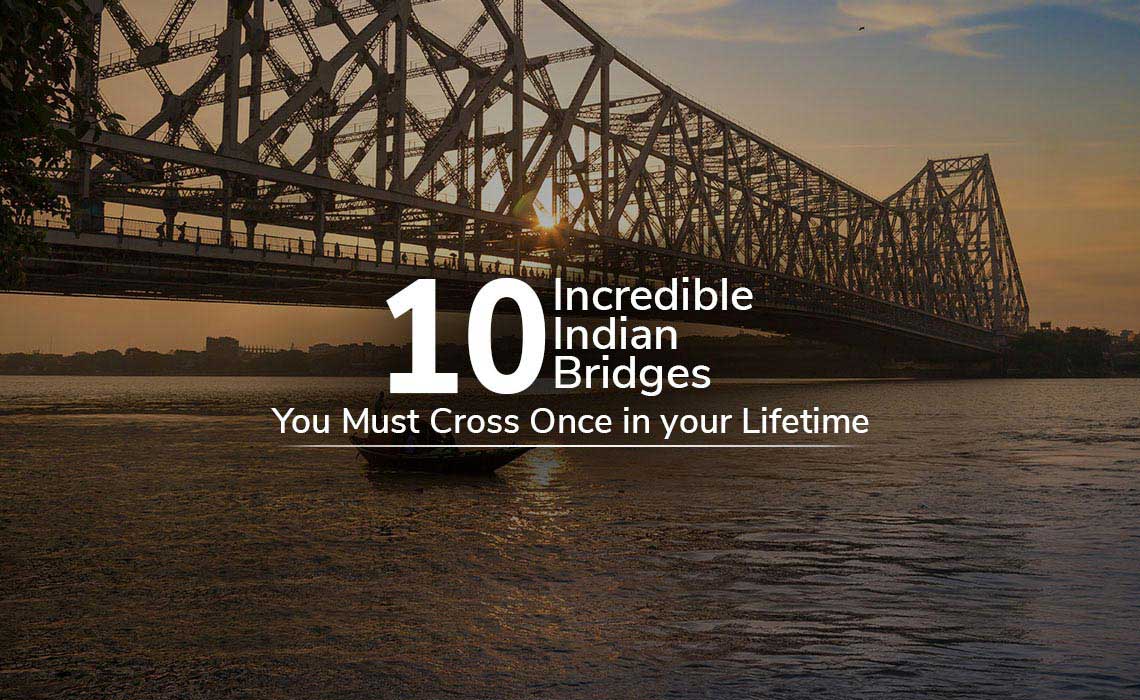 10 Incredible Indian Bridges You Must Cross Once in your Lifetime

We all are wanderer at heart and always want to travel the whole world, don’t we? We live in a country that is a full of natural beauty and a land of thousands of rivers, lakes, canals connected by some incredible bridges that narrate the tales of both architectural intelligence and great engineering.We all have heard the saying that one day ‘we’ll cross that bridge when we come to it’. So, now is a chance to pack your bags and cross any of these gorgeous bridges in your own country. And you must do so, once before you die! These modern bridges in India play a major role in making it the second largest country with the wide network of road transport in the world. Very soon, India will have the World’s highest railway bridge, over river Chenab, Jammu and Kashmir. Isn’t it interesting! Take a look at some of these most beautiful river road bridges of India which are the perfect example of engineering marvels. 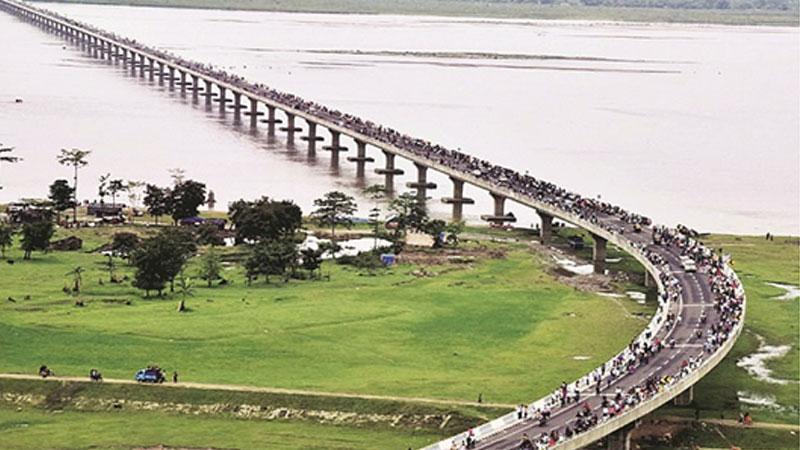 Inaugurated on 26th May 2017 by PM Narendra Modi, Dhola Sadiya Bridge on Lohit river- a tributary of Brahmaputra becomes the longest road bridge in India. This 9.15 km long bridge connect the states of Assam and Arunachal Pradesh. The bridge is just 100km away from the famous Mc Mohan line between India and China. 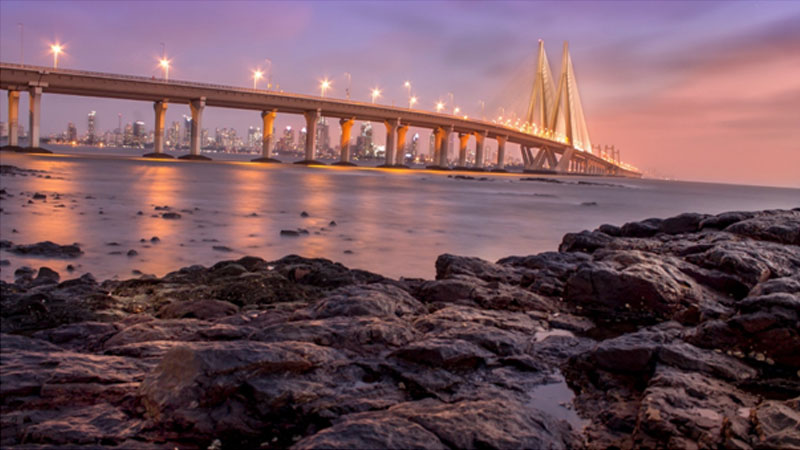 Almost all of us know about this marvelous piece of engineering. The Bandra–Worli Sea Link, officially known as the Rajiv Gandhi Setu, is an 8 lane, hanging cable-stayed bridge that connects Bandra and the western suburbs of Mumbai with Worli and central Mumbai.  Feel the sea-breeze as you drive under the spectacular silver cone cables of this sea link and enjoy the stunning sunsets of Arabian Sea. Opened in 2009, the 5.6 km-long bridge, illuminates beautifully at night and makes for some great cityscape photographs. 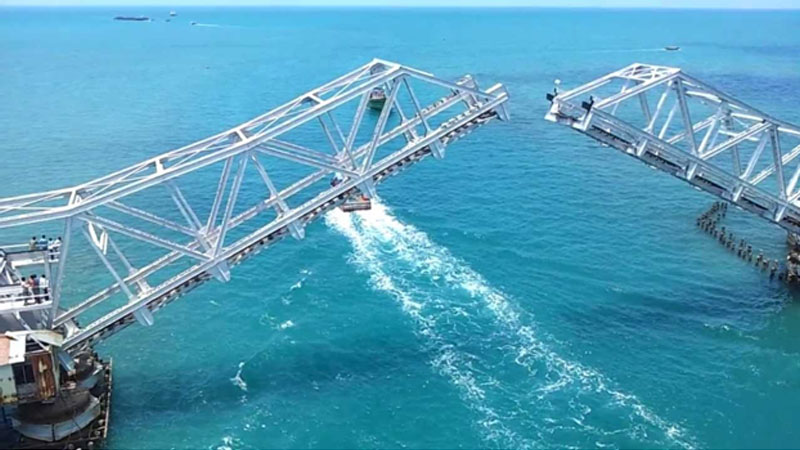 Rising above the water of the Indian Ocean, this 100-year-old bridge is the India’s first and the longest sea bridge until the inauguration of the Bandra-Worli Sea Link in 2009. Shown in Bollywood blockbuster Chennai Express, this cantilever bridge on the Palk Strait links Rameswaram on Pamban Island to India’s mainland. This marvelous engineering piece not only offers breathtaking views of the seascape and the islands around but is a one to die for. If you want to capture some best effects, then the best time for your journey is during a sunset or sunrise. 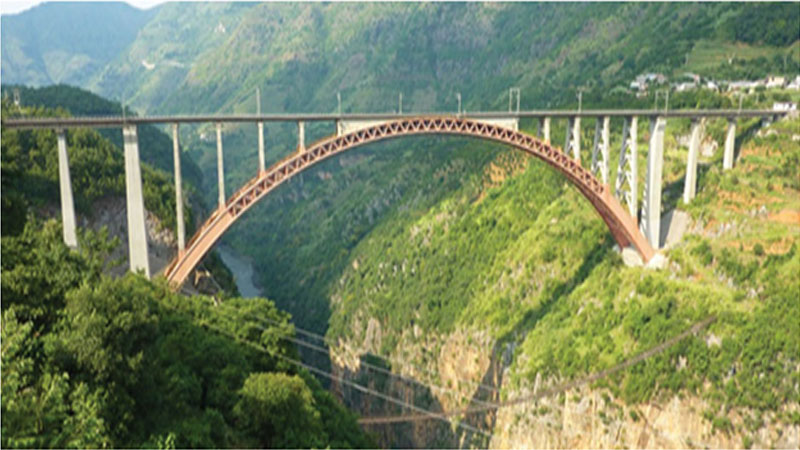 By 2019, India will have the world’s highest railway bridge- Chenab Bridge. The 1.3 km long and 359 m above the river, this arch-shaped bridge is 35-metre taller than Eiffel Tower and will surpass existing Viaduct de Millau, France (world’s tallest bridge). The bridge will connect Katra and Banihal. This bridge deserves inclusion just for its wonderful construction and breathtaking scenery around it. 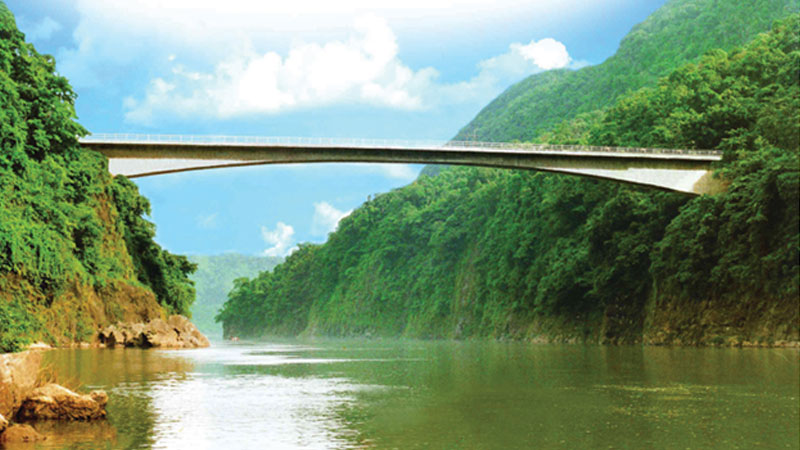 Listed as one of the most beautiful bridges in the world, Jadukata Bridge situated in the beautiful state of Meghalaya has been awarded as the ‘Most Outstanding Concrete Structure”. Located at Ranikor in West Khasi Hills of Meghalaya, it is the longest cantilever bridge in India spanning 140m. This bridge earns some extra points for its refined design and is something we’d surely like to see before dying. 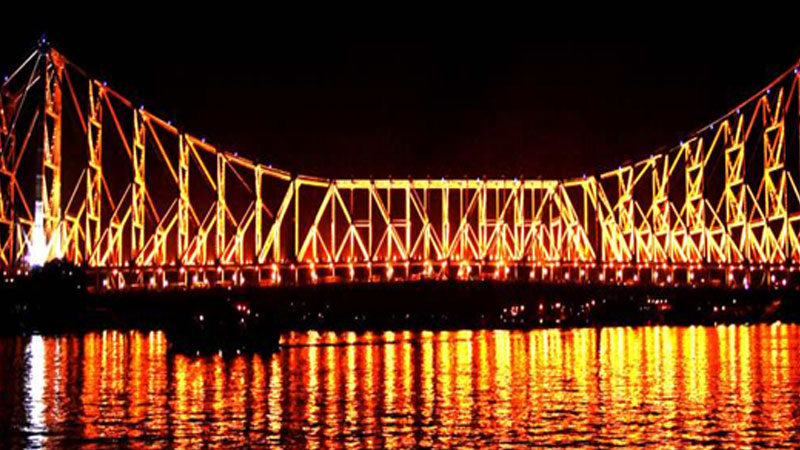 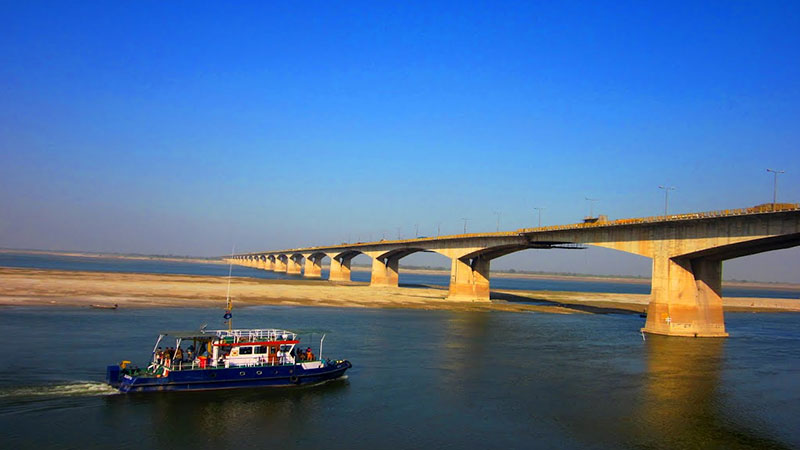 Gandhi Setu bridge built over “The Holy River Ganges” is the longest river bridge in India. The bridge extends to a distance of 5.6 kilometers and connects Patna to Hajipur in north Bihar. This bridge is one of the world’s longest single river bridges. 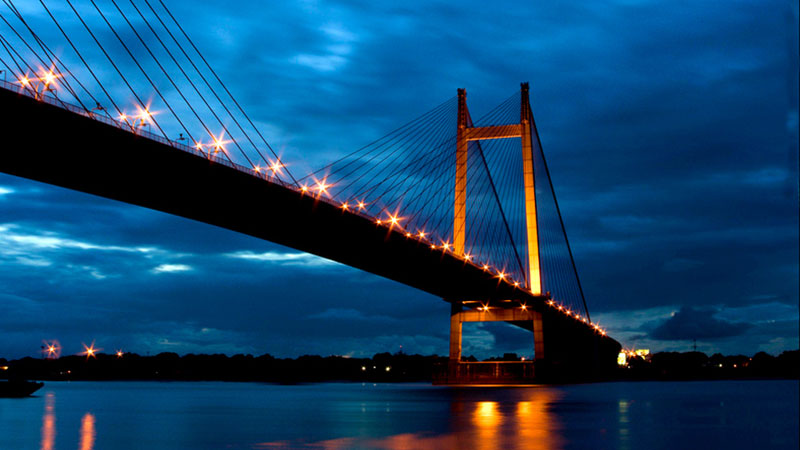 Popularly known as the second Hooghly Bridge, Vidyasagar Setu is a cable bridge, made over Hooghly River Kolkata. It connects the city of Howrah to Kolkata. Running 3.6 km, it is one of the longest cable-stayed bridge in India and the longest in Asia as well. It contains nine traffic lanes that allow a total of 30,000 vehicles to cross through it every day. 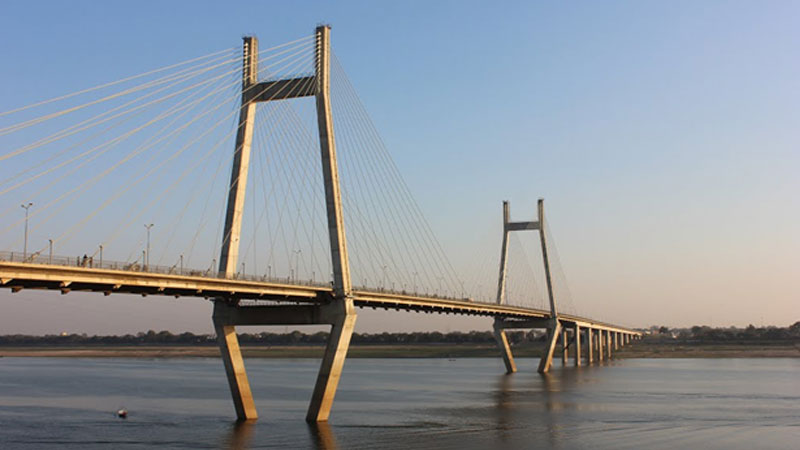 So, guys and girls, pull out your cameras, pack your bags and get ready for some high-on-adventure rides on these engineering masterworks across the country and make sure that you don’t miss them on your upcoming trips. Do write us about your views and experiences. Have a happy journey!