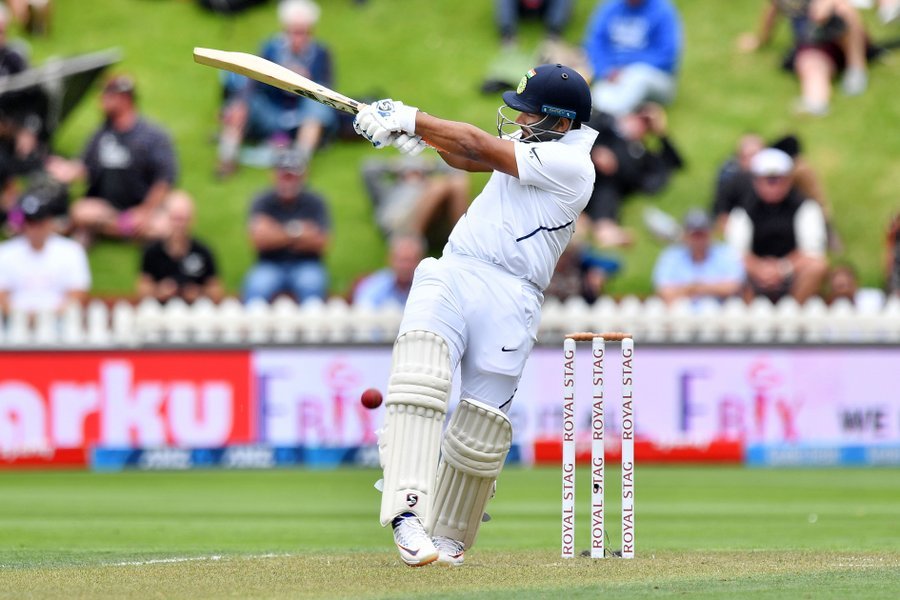 Team India’s wicketkeeper-batsman Rishabh Pant’s poor performance with the bat in the ODI national continued on Saturday, February 29, as he knocked just 12 runs off 14 balls. Today, New Zealand won the toss and invited India to bat first, but Pant once again failed to bring on day one of the second Test match between India and New Zealand in Christchurch. Even after surviving two close calls, Rishabh kept on taking chances and in the end, New Zealand’s pacer Kyle Jamieson’s faster delivery notched in and knocked out his stumps after catching an inside edge.

After losing Virat Kohli and Ajinkya Rahane in the post-lunch session, Hanuma Vihari and Cheteshwar Pujara had held their ground which helped India not go on the backfoot. But soon after scoring a half-century each, both batsmen found themselves returning to the pavilion. In the end, Mohammed Shami and Jasprit Bumrah were batting at the crease and held the end of the line for a while, but Shami went out and India was downed at 242.
Earlier, opener Prithvi Shaw made a quick fifty in the morning session which helped India to score 85 runs for the loss of two wickets. At Tea Break, India was 194/5 with Pujara remaining unbeaten at 53.

Fans were absolutely very angry with Pant’s decision making once again as they took to Twitter to express their feelings:

Rishabh Pant was ahead of Saha to do well in batting but he was fully comfortable at crease..

Imagine backing Rishabh Pant to save India. Only thing he can save are chicken momos from getting overcooked.

Rishabh Pant was a wicket in the taking. Playing lottery cricket at test match level. Will he play a test again for India ? #indvnz

What a shot! Rishabh Pant fanbois can keep mentioning his 2 hundreds in Eng and Aus when there was no pressure. #NZvsIND #NZvIND

Rishabh Pant finally finds a way to get out. Don't understand why team management chose to stick with him when we have Saha around.