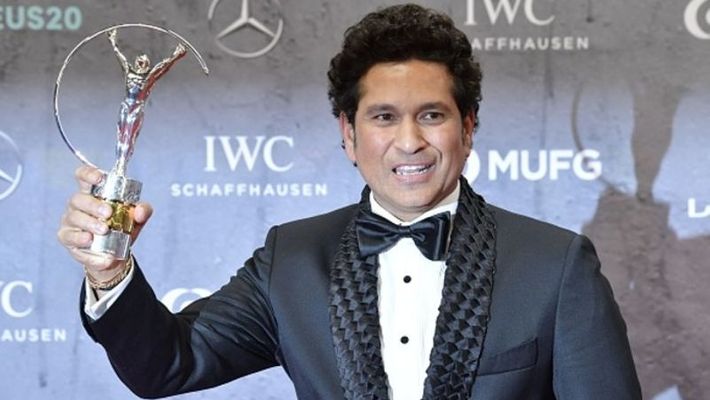 Sachin Ramesh Tendulkar, popularly known as the ‘Little Master’ in the cricketing world also regarded as ‘God of Cricket’ in India. The only player in the world to have scored 100 international centuries and he also holds the record for the most number of hundreds in both the Test matches (51) and the One Day Internationals (49). Sachin Tendulkar played 200 test matches for India scoring 15,921 runs at an average of 53.78, a record for any player in the world.

Sachin throughout his career has been a great sportsman and a great ambassador for India and for the Indian cricket. He is adored by millions of fans in India and also from around the world. A great man with so many awards including India’s highest civilian award, Bharat Ratna.

"This is a reminder of how powerful sport is and what magic it does to all of our lives."

A God for a nation. An inspiration worldwide.

And an incredible speech from the Laureus Sporting Moment 2000 – 2020 winner, the great @sachin_rt 🇮🇳#Laureus20 #SportUnitesUs pic.twitter.com/dLrLA1GYQS

What were you doing when India lifted Sachin on its shoulders after the ICC 2011 World Cup? https://t.co/QgHCAcKb2D

Congratulations Sachin paaji on being honoured with the prestigious Laureus Sporting Moment Award. A great achievement and a proud moment for our nation. 🇮🇳 @BCCI @sachin_rt https://t.co/cWOfAuBB6i

#Laureus20: #SachinTendulkar being carried on shoulders of his teammates following India's world cup triumph in 2011 voted as Laureus best sporting moment in past 20 years. pic.twitter.com/BBZ055tssB

Proud of you @sachin_rt for your career, for the person you are and for inspiring another generation. You symbolise the power of sport to bring joy and hope and unity. https://t.co/ODn9OX8bKY

Paltan, your votes and love has made ‘Carried on the shoulders of a nation’ win the @LaureusSport Sporting Moment 2000-2020 💙#OneFamily #CricketMeriJaan #MumbaiIndians #Laureus20 pic.twitter.com/BxXenLz4i0

Breaker of Records for a reason – the Master Blaster has just smashed past another one! 😍#SachinTendulkar becomes the 1st Indian to win at the Laureus World Sports Awards, with the #Laureus20 Sporting Moment Award 2000-2020, for a moment that gives us chills to this day! pic.twitter.com/KkXIrypnR3