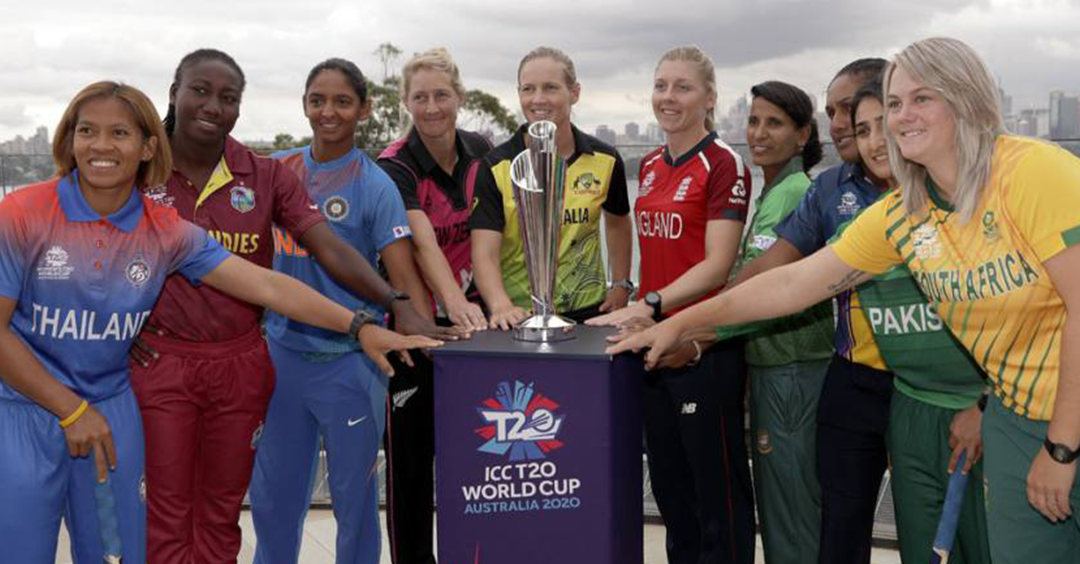 The 7th season of the Women’s T20 World Cup will kick start from this Friday i.e. 21st February. The inaugural match will be played between the India and Australia in Sydney. Australian team has won four world cups and they must be riding high since the tournament will be hosted by Australia as well.

A New York based news organization NowThis News, on Tuesday posted a video on its twitter handle in which a remote-controlled car can be seen roaming on the roads of Jinan, China. Due to the ongoing corona virus outbreak, a woman in Jinan, China used a remote-controlled car to buy groceries. According to the video, the incident was filmed on February 2, 2020 and the lady had modified the car controller so that she could control it up to approx half a mile away. She also wrote her phone number on the car, so the shop owner could get paid via phone.

This woman in China used a remote-controlled car to buy groceries amid the coronavirus outbreak pic.twitter.com/jPqE31dFa5

It was year 2011, when Indian cricket team won World Cup and all the Indian players lifted Sachin Tendulkar on the shoulders. This moment was voted the Laureus best sporting moment in the last 20 years. On Monday Sachin Tendulkar won the Laureus Sporting Moment 2000-2020 Award in Berlin as he got the maximum number of votes. The tennis legend Bros Becker announced the winner at a glittering ceremony, and after that former Australian skipper Steve Waugh handed the trophy to Tendulkar.

“It’s incredible. The feeling of winning the world cup was beyond what words can express. How many times you get an event happening where there are no mixed opinions. Very rarely the entire countrycelebrates,” Tendulkar said after receiving the Laureus Sporting Moment award trophy.

A powerful, strong and moving tribute to a room full of sporting legends from @sachin_rt in honour of Nelson Mandela and the incredible power of sport to unite and inspire 👏#Laureus20 #SportUnitesUs pic.twitter.com/0z3mNatUFh

Just after theBigg Boss 13 ended, Several media reports suggested that Asim Riaz, the first runner-up of the season has been offered a film by Karan Johar. Rumors were widespread that Karan Johar decided to cast Asim opposite Shah Rukh Khan‘s daughter, Suhana Khan, in his upcoming movie Student of The Year 3.While there seemed no truth to the buzz, the director took to Twitter on Tuesday morning to clear the rumor.  Karan made a tweet clarifying that the stories about SOTY 3 with Asim Riaz are ‘baseless.’
“Absolutely baseless stories making the rounds of SOTY3 !!!! My request to everyone publishing this fabrication is to kindly Stop! Please!”

Absolutely baseless stories making the rounds of SOTY3 !!!! My request to everyone publishing this fabrication is to kindly Stop! Please!🙏

Yash Raj Films announced the date of its upcoming project Bunty Aur Babli 2, featuring Saif Ali Khan, Rani Mukerji, Siddhant Chaturvedi, and debutante Sharvari Wagh. The film reunites the famous pair of Saif Ali Khan and Rani Mukerji and will present them as the original Bunty Aur Babli in the film.
The team is travelling to Abu Dhabi and will shoot a convoluted con-sequence in the Middle East. The film will be directed by debutant Varun, who worked as an Assistant Director in YRF’s biggest blockbusters Sultan and Tiger Zinda Hai.

Liu Zhiming, the director of Wuchang Hospital dies of coronavirus

Russia state broadcaster CCTV reported the death of Liu Zhiming, the director of Wuchang Hospital in Wuhan city. Liu Zhiming died after ‘all-out rescue efforts failed’ Wuhan city, the epicenter of coronavirus outbreak. The Hubei Health Commission announced Liu’s death on Monday night in a social media post, however, in a follow-up message, it was discovered that the hospital director was alive and battling the virus. Originated in Wuhan city of China the virus had killed more than 1,800 people in that country alone, while there are numerous cases registered in several other countries across the world, including India.

Liu Zhiming, a hospital director at the epicenter of China’s virus epidemic died Tuesday making himself the latest medical worker to fall victim to the corona-virus which has spread across the country.https://t.co/sa3sgDUQwE#Khabarhub #Liu Zhiming #coronaviruschina #death

A little while ago PhonePe announced that they will be spending around 800 crores in their marketing strategy and its implementation. Home grown digital payment system, Paytm will be spending around 1200 crores on their marketing across all platforms including ATL marketing and BTL marketing, a form of highly targeted direct marketing mainly focusing on conversions as well as digital marketing. That indicates widespread brand-building advertising will be done by digital payment giant.

West Indies Pacer and Rajasthan Royal’s strike bowler, Oshane Thomas got injured in a car crash. It is believed that the car turned over after collision. The doctor said he is ‘consciousness and responsive’ and recovering well from the injuries.

Our thoughts and best wishes go out to Oshane Thomas, who is said to be recovering at home from “mild injuries” after a car accident.

After Lust stories, Kiara Advani is back again on digital space with another Netflix original, Guilty. The new web series Guilty, is also produced by Karan’s Dharmatic, a digital content production wing of Dharma Production. The Trailer of Guilty was officially launched today on You Tube Netflix India channel.

Nirbhaya Case: Convicts to be hanged on March 3