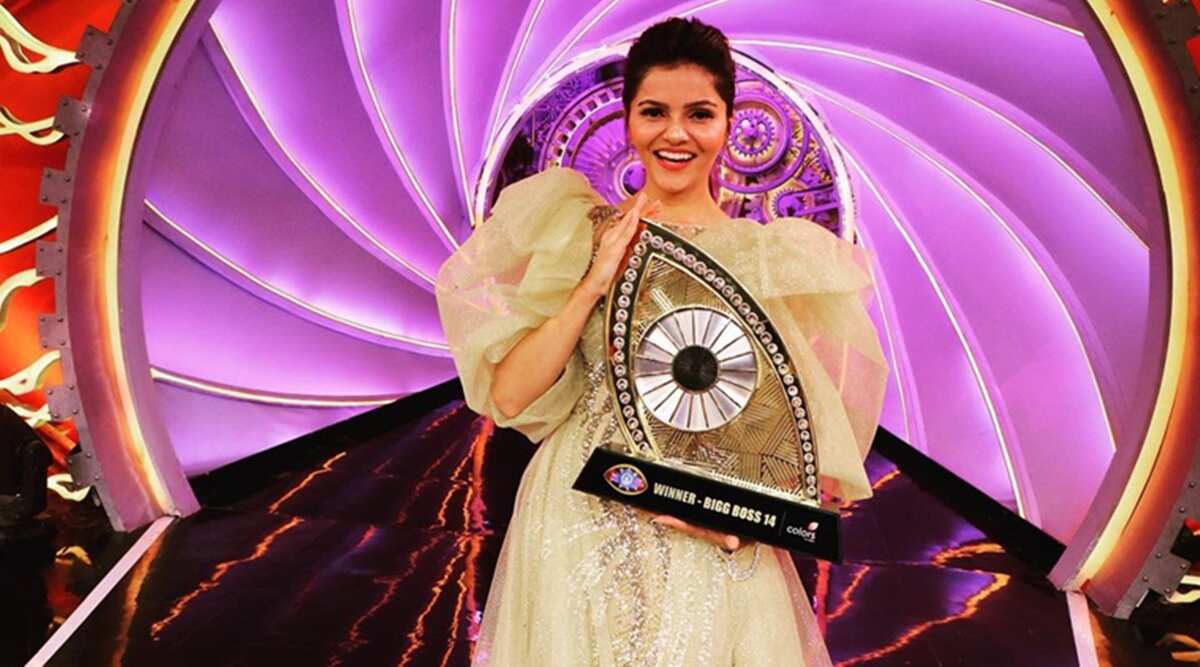 Popularly known as Chotti Bahu who has won hearts in early days of her acting career in a daily soap on Zee tv, Rubina Dilaik has won The Big Boss season 14!

Famous actress Rubina Dilaik cannot maintain her calm and is all gala over the internet. The actress recently won the reality show, Big Boss 14 on Sunday night. After staying in the Big Boss house for over a hundred and forty days, the actress took home the winner’s trophy and Rs 36 lakh. Aly Goni and Rakhi Sawant were the first two contestants to be out of the race in the finale. The latter took Rs 14 lakh which was deducted from the prevailing amount.

Rahul Vaidya became the first runner-up. Nikki Tamboli additionally made it to the Top 3.

“Thank you abundantly,” wrote the Bigg Boss 14 winner, sharing a video message for her fans. Check it out:

Posting a photo of herself with the winner’s trophy, she moreover thanked the channel Colors, on which the season started airing on October 3, 2020.

In another  post, she thanked the show’s host Salman Khan, “Thank you Salman Khan Sir for all the patience and your wonderful support,” wrote Rubina.

Rubina Dilaik made her debut on the TV show Chotti Bahu in 2008.

She has also worked on shows such as Saas Bina Sasural, Punar Vivah, Jeannie Aur Juju and Shakti – Astitva Ke Ehsaas Ki. After a long journey it is the love of the viewers which helped her win.

#BoycottDabangg3 Trending on Twitter: Here’s why public want Dabangg 3 to be boycotted

Music Composer Wajid Khan is No More: A look at some of his hit songs