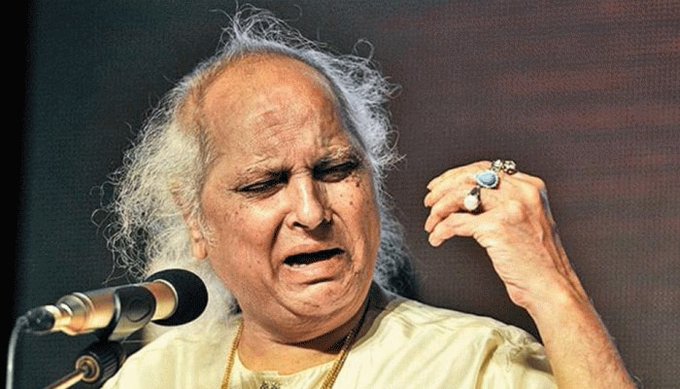 Classical Indian vocalist Pandit Jasraj died on Monday at the age of 90. He died due to cardiac arrest at his home in New Jersey, U.S. state.

In January of this year, he had turned 90. One of India’s greatest music legends, Jasraj, a member of the Mewati Gharana, was in the US when the country collapsed due to the ongoing Covid-19 pandemic.

The news of the death of the Indian music legend was confirmed by his daughter Durga Jasraj.

PM Narendra Modi also recalled the legend of Indian classical music: “The tragic death of Pandit Jasraj leaves a deep vacuum in the Indian cultural sphere. Not only were his renditions outstanding, he also made a mark on several other vocalists as an exceptional mentor. Condolences to his relatives and admirers all over the world.

The unfortunate demise of Pandit Jasraj Ji leaves a deep void in the Indian cultural sphere. Not only were his renditions outstanding, he also made a mark as an exceptional mentor to several other vocalists. Condolences to his family and admirers worldwide. Om Shanti. pic.twitter.com/6bIgIoTOYB

During his lifetime, Pandit Jasraj was honored with Padma Vibhushan, Padma Bhushan and Padma Shri awards.

Last year, the International Astronomical Union named a small planet, located between Mars and Jupiter, after Pandit Jasraj, considered to be the dean of Indian classical vocal music.

Check out how Twitterati remembers him on Pandit Jasraj Demise –

I’m devastated by the news of the “Light Of Music”, our beloved Legend of Legends Pandit Jasraj’s demise…
Today, the world of music is darkened as it’s brightest light has faded.
A giant of a musician who was blessed with divinity in his voice.
A father figure for me.. RIP🙏😢 pic.twitter.com/QOFTgmWPvB

Devastated after hearing the news that Sangeet marthand pandit Jasraj has moved on to the next dimension . A big void in the world of Indian Classical music . His music will live on in this planet 🙏

Sangeet Martand Pandit Jasraj ji has left us.. his voice & music has inspired & left a deep impact on the history of Indian classical music.

💔 thank you for the music Pandit Jasraj. An era has ended. Condolences to the family. 🙏 https://t.co/m15gkqNaWS

Indian Classical Vocalist Pandit Jasraj passes away in the USA at the age of 90. He belonged to the Mewati Gharana, with his musical career spanning more than 80 years.#RIPPanditJasraj pic.twitter.com/yBJv5rv958

Indian classical music legend, #PanditJasraj, dies in New Jersey, US. He was 90. With a career spanning over 80 years, he was recipient of various prestigious awards & honours including PadmaShri, PadmaBhushan & PadmaVibhushan. He has taught music in India, Canada & US

Our heartfelt sympathy goes out to the family. He’s going to live on forever through his music. Om Shanti