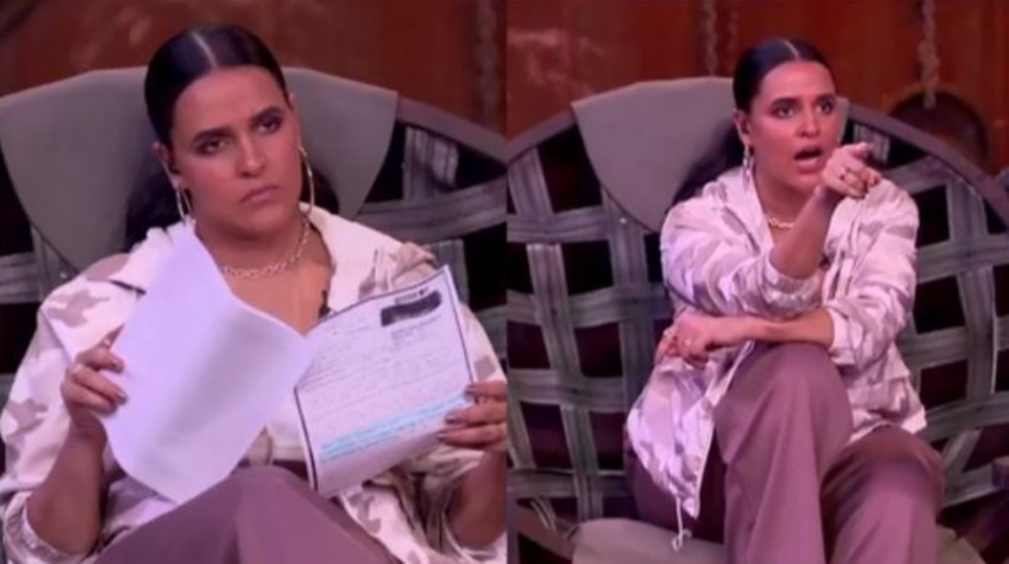 Neha Dhupia Gets trolled by netizens for her fake feminist Comment

Bollywood actress Neha Dhupia Bedi is currently fronting the rage of the netizens.

She is one of the judges of ongoing MTV Roadies Revolution season and recently completely lost her calm on a participant when the latter confessed about slapping his girlfriend after he found out that she cheated on him with 5 other boys.

#NehaDhupia & #FakeFeminism is now trending on twitter. Here are some of the reactions that are floating online-

slapping a girl for cheating is more dangerous and unlawful than having 5 BFs
Jai ho @NehaDhupia ppl like you are not worthy to sit and judge @MTVRoadies. She is a blot in the name of judge. @MTVIndia remove her from the show. Shame on @NehaDhupia #fakefeminism #NehaDhupia pic.twitter.com/Tp9NlGClX7

Ram Ram ji 🙏 Pls don’t expect #NehaDhupia to unbiased advice on cheating 🤣 She will play the #Victim card as she is a #fakefeminism product herself😂 Afterall her husband is a product of HER cheating as he was in relationship with another woman 🤣 pic.twitter.com/SV6jNgTBzq

fake feminism on the rise ! thanks Neha Dupia for showing what a fake feminist looks like . Picking sides based on gender rather than logic is a pretty fucked up shit , WAKE THE FUCK UP PEOPLE ! #NehaDhupia #fakefeminism

Get some sense. Don't be a lecturer everywhere everytime. #fakefeminism #NehaDhupia pic.twitter.com/5tB96uhw8R

#NehaDhupia
Girl :- I slapped a guy

Just wanted to show the face of feminism 'its her choice' @NehaDhupia sry to say ,if ur daughter have 5 bf's ,and @Imangadbedi bro if your wife have 5 bf's . Be a feminist nt a fke feminist he slap hr because he lv her so much and it hurts 😭. #Feminism #fakefeminism #roadies pic.twitter.com/AhBSzqfAOH

@NehaDhupia said-
If a girl has 5 affairs its her choise.
So why a boy dating multiple girls is considered as cheating. If a girl is doing something, its her choise, she is independent. But when a boy is doing the same, its cheating. @MTVRoadies @MTV @MTVIndia#fakefeminism pic.twitter.com/5htfOPLAHW

It’s still left to see how will Neha reply to these trolls.

Will she react and explain what she anticipated when she made that statement? Or will she choose to ignore it?

Things you’ve been doing wrong all your life