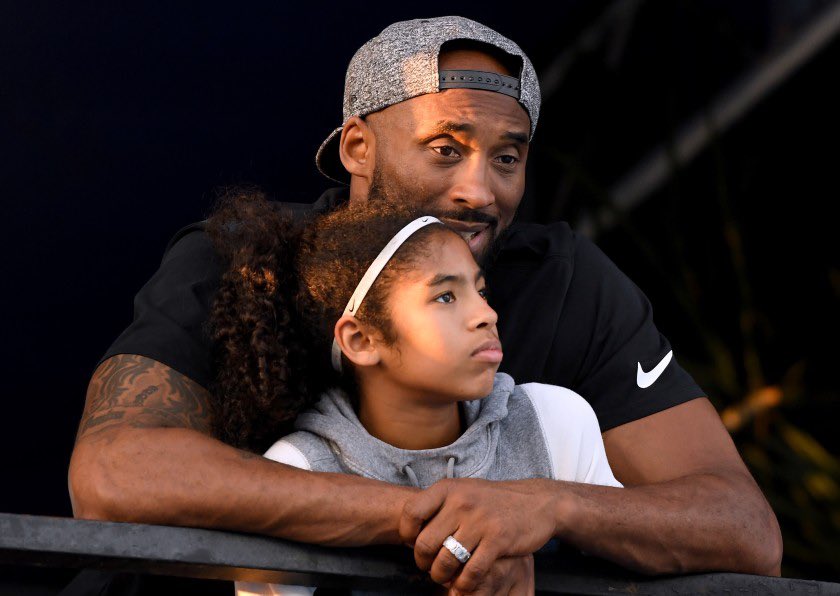 NBA Legend Kobe Bryant, died when his helicopter crashed and burst into flames in the hills above Calabasas. Kobe who’s had a 20-year career with the Lakers was accompanied by her daughter, Gianna, who died alongside her father in the same crash as well.  He was 41 years old and had hung up his boots back in 2016. He was loved by billions of people across the globe. Vanessa, Bryant’s wife, reportedly was not on the helicopter when the horrifying crash happened. From Barack  Obama to lionel Messi to Donald Trump, everyone was shocked to hear such a tragic incident of Kobe Bryant.

Here is how everyone reacted on Social Media –

Kobe was a legend on the court and just getting started in what would have been just as meaningful a second act. To lose Gianna is even more heartbreaking to us as parents. Michelle and I send love and prayers to Vanessa and the entire Bryant family on an unthinkable day.

Kobe Bryant, despite being one of the truly great basketball players of all time, was just getting started in life. He loved his family so much, and had such strong passion for the future. The loss of his beautiful daughter, Gianna, makes this moment even more devastating….

Saddened to hear about the tragic demise of Kobe Bryant, his daughter Gianna & others on-board the helicopter.
My condolences to his family, friends and fans across the world. #KobeBryant pic.twitter.com/N8B4Tcr4KU

Legends live on through the legacy they leave behind to inspire the world. A big big loss. RIP #KobeBryant, May god give strength to your family. pic.twitter.com/uL0y9rclR1

#KobeBryant is dead at 41. Such a full life but such a short one. And we waste the time we have in fighting with each other.

Basketball Champion and his daughter, will always be remembered! Heartbreaking news🙏 My condolences to the family! Rest in peace! 🙏 #Kobe #Bryant #RIPMamba #RIP #KobeBryant pic.twitter.com/sgHJqiPNde

Noooooo! 💔 shocked about Kobe! He was one of the greatest and such an inspiration. Absolutely gutted. RIP. Strength to his family. #KobeBryant just can’t believe it.

The world has lost a legend, and a family has lost its light. May the prayers of millions of people from around the world give #KobeBryant ’s family and those of the others who died in this heartbreaking tragedy courage and strength. #RIPMamba pic.twitter.com/KUGm6UtLBj

Kobe was so much more than an athlete, he was a family man. That was what we had most in common. I would hug his children like they were my own and he would embrace my kids like they were his. His baby girl Gigi was born on the same day as my youngest daughter Me’Arah. pic.twitter.com/BHBPN5Wq8V

A once in a generation athlete, Kobe had a thirsty mind. He had his own marketing firm, won an Oscar, had a million ideas. He liked it best when we'd talk about anything other than basketball. #RIP

I can’t believe that my hero and friend is gone too soon. I’m numb. pic.twitter.com/VOZtxqfvJA

As a father, I only see a father in this picture like me, and a daughter like my own. Let this be a moment for all of us to reflect. Praying for his wife and remaining 3 daughters including his newborn to find comfort and peace in these difficult times. #KobeBryant pic.twitter.com/Smk9yyYNGG