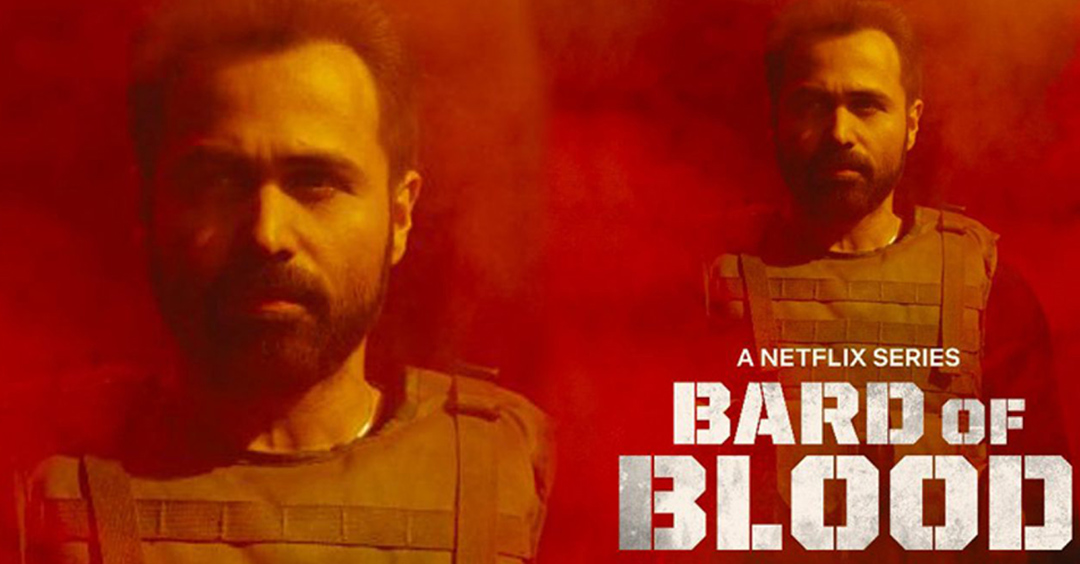 The trailer for Netflix’s Bard of Blood is out and it looks stunning & thrilling. The series is based on Bilal Siddiqi’s 2015 novel of the same name and is one of the much-awaited spy series.  It is exciting to watch Emraan Hashmi in such a role where he plays a RAW agent Kabir Anand, who takes on a secret mission in Balochistan to rescue four Indian spies.

The trailer looks promising with a thrilling ride and action-packed scenes. The series is produced by Red Chillies Entertainment, & includes eight-episodes. Directed by Ribhu Dasgupta, the series will premiere on 27 September 2019 on Netflix starring Emraan Hashmi, Shobita Dhulipala, Jaideep Alhawat and Vineet Kumar Singh in lead roles. The show revolves around a former RAW agent Kabir Anand, who takes on a secret mission in Balochistan to rescue four Indian spies. “A RAW agent, Kabir Anand, a courageous analyst, Isha Khanna, and a sleeper agent, Veer Singh, take on a covert mission in Balochistan when four Indian spies are captured.”

Dasgupta, the director of the series, said in a statement, “This journey on Bard of Blood has been one which I will cherish all my life. It has changed me as a person and as a filmmaker for the best. Directing the series for Netflix, in association with Red Chillies Entertainment and Mr. Khan has been an extremely fulfilling experience.”