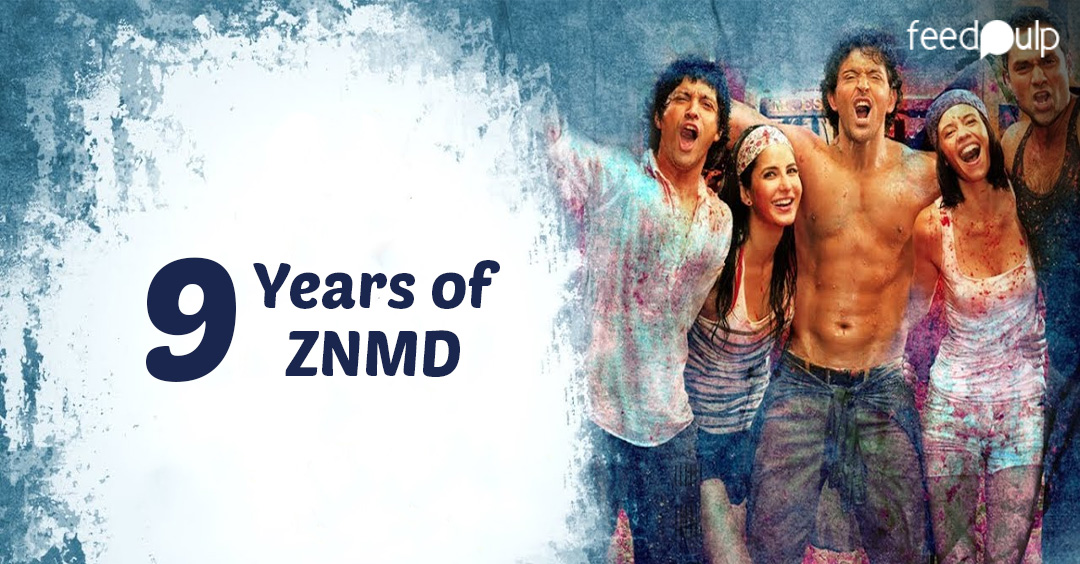 Zindagi Na Milegi Dobara was released on 15 July 2011. The film, directed by Zoya Akhtar, is still fresh in the hearts of the fans. Also today, the film is frequently screened on Television.

The movie illustrates the story of the three best friends who set out on a bachelor ‘s trip to conquer their worst fears, strengthen their past walls, and finally figure out what’s right and wrong about their love life and relationships. According to sources, the film is critically acclaimed for its dialogue, beautiful scenery, and songs.

Here are our favorite dialogues from the movie –

The beautiful poetry that came along with the story, mostly crooned by Farhan ‘s character, was like a breath of fresh air and added meaning to the story.

Zoya directed the movie, along with Reema Kagti writing it. She took Instagram to celebrate the nine years of the movie. She shared a photo with her leading actors and said, “I THINK WE GOT IT! # znmd # 9yearstoday # best time ever (sic).”

Farhan Akhtar also shared a post on Instagram and wrote – Miss this shoot. Miss the crew. Miss their madness. Forever grateful to the universe for the experience of this film and for the love you continue to show it. Big hug. #9YearsOfZNMD ‘

Miss this shoot. Miss the crew. Miss their madness. Forever grateful to the universe for the experience of this film and for the love you continue to show it. Big hug. #9YearsOfZNMD

Even after nine years, Zindagi Na Milegi Dobara remains to be a favorite among movie buffs.