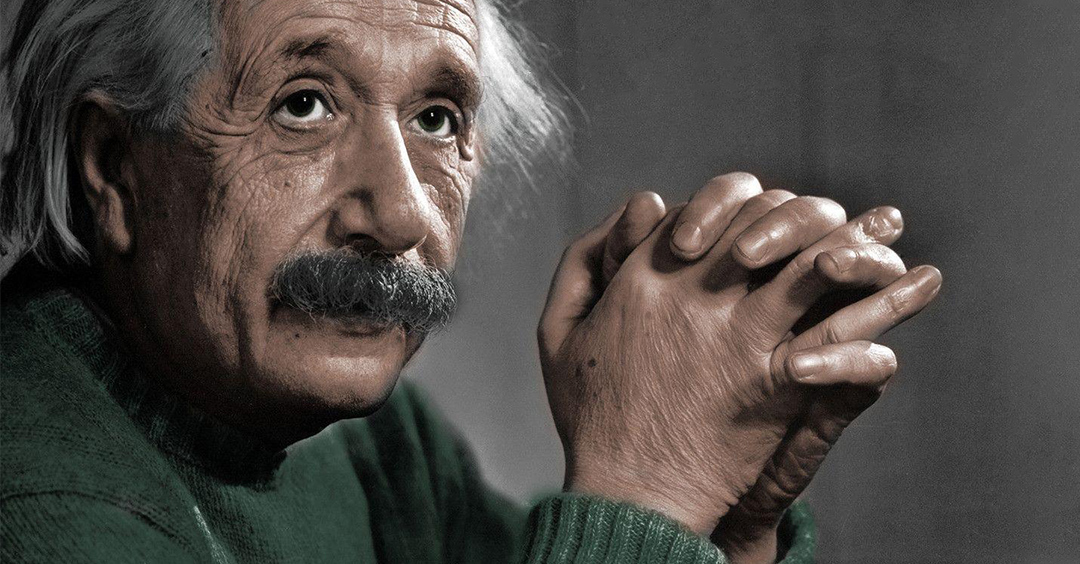 The father of Modern Physics considered as one of the greatest people that have ever lived, Albert Einstein is a huge source of inspiration. Born in the Kingdom of Wurttemberg in the German Empire, on 14 March 1879, Einstein was considered as the most influential physicist of the 20th century. He gave many theories and laws about the principle of relativity which was the basis of the release of atomic motion.

Einstein published more than 300 scientific papers and more than 150 non-scientific works and received the Nobel Prize in Physics in 1921, for his services & contributions in theoretical physics. It is also said that the intellectual achievements and originality of Albert Einstein have made the word “Einstein” synonymous with “genius”.

Here are some great inspirational quotes by the father of Modern Physics Albert Einstein:

1. “You never fail until you stop trying.” 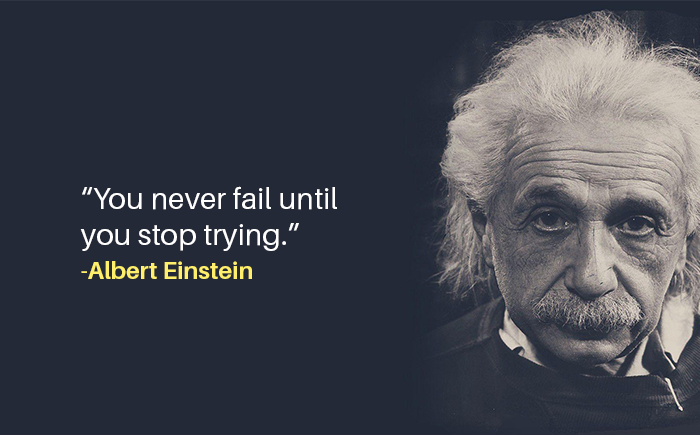 2. “In the middle of difficulty lies opportunity.” 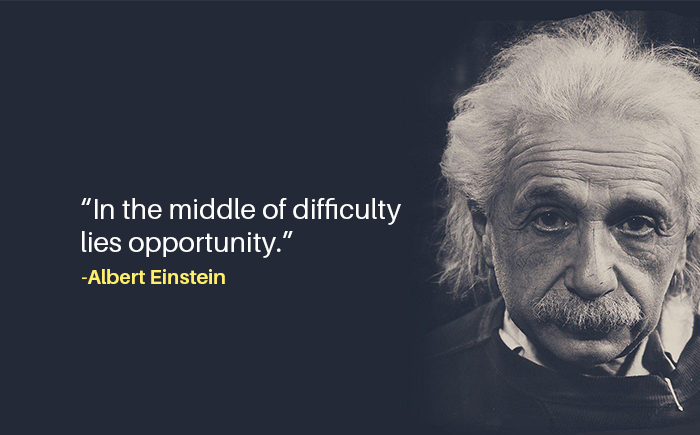 3. “Imagination is everything. It is the preview of life’s coming attractions.” 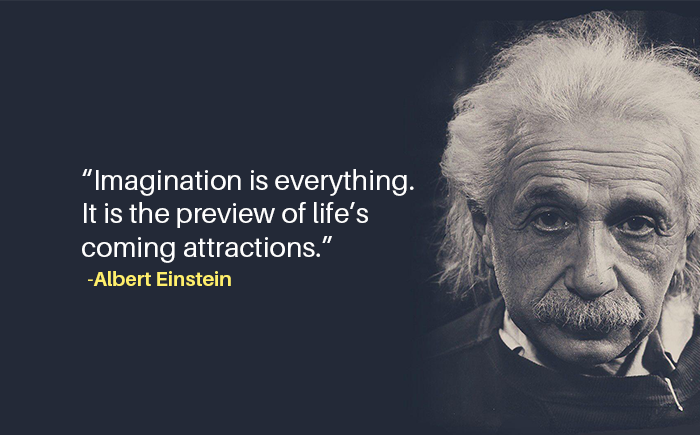 4.“Anyone who has never made a mistake has never tried anything new.” 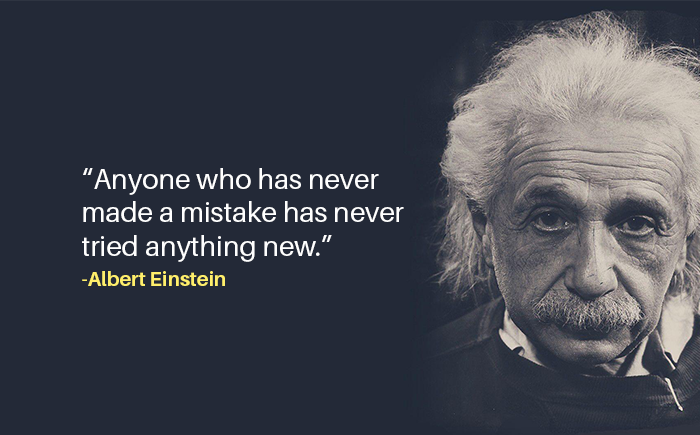 5. “Insanity: doing the same thing over and over again and expecting different results.” 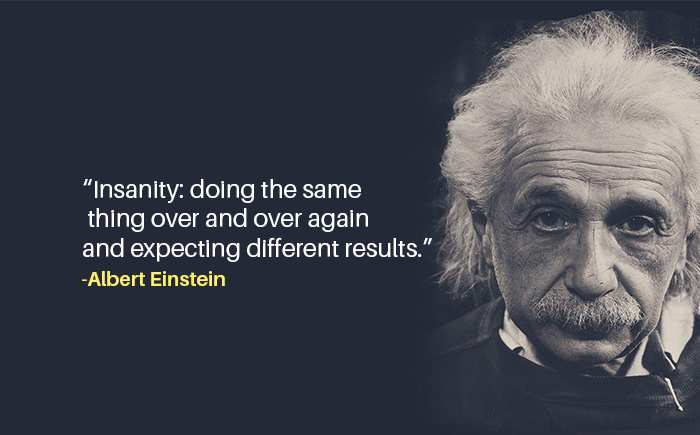 6. “Once we accept our limits, we go beyond them.” 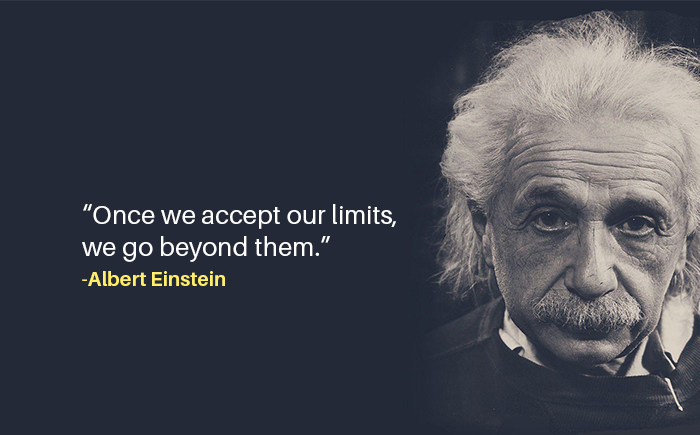 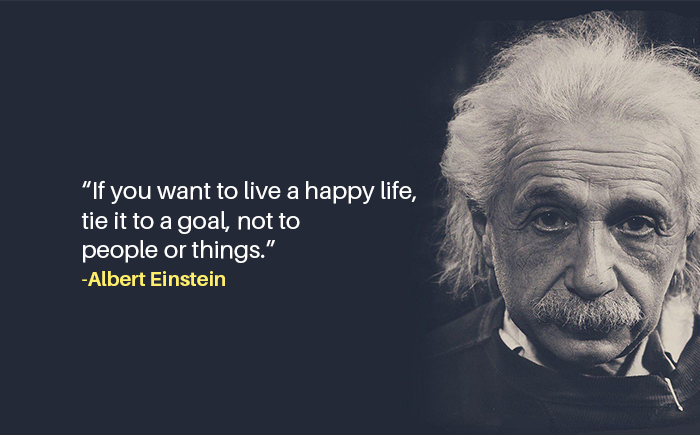 8.“Only those who attempt the absurd can achieve the impossible.” 9.“The only sure way to avoid making mistakes is to have no new ideas.” 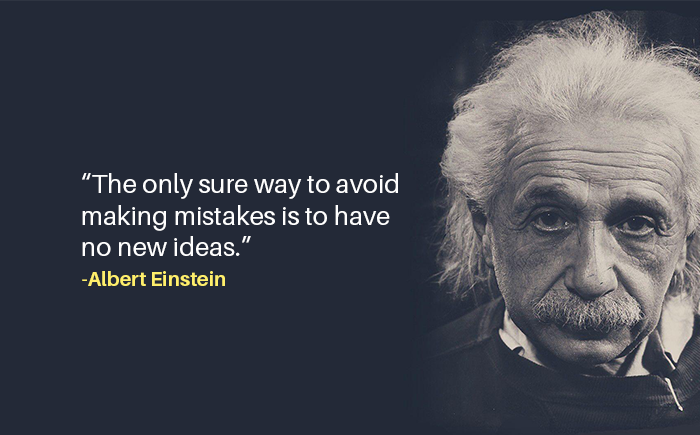 10.“The only source of knowledge is experience.” 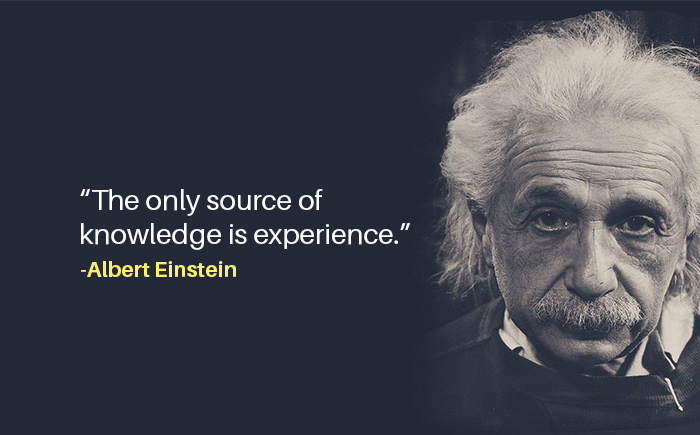