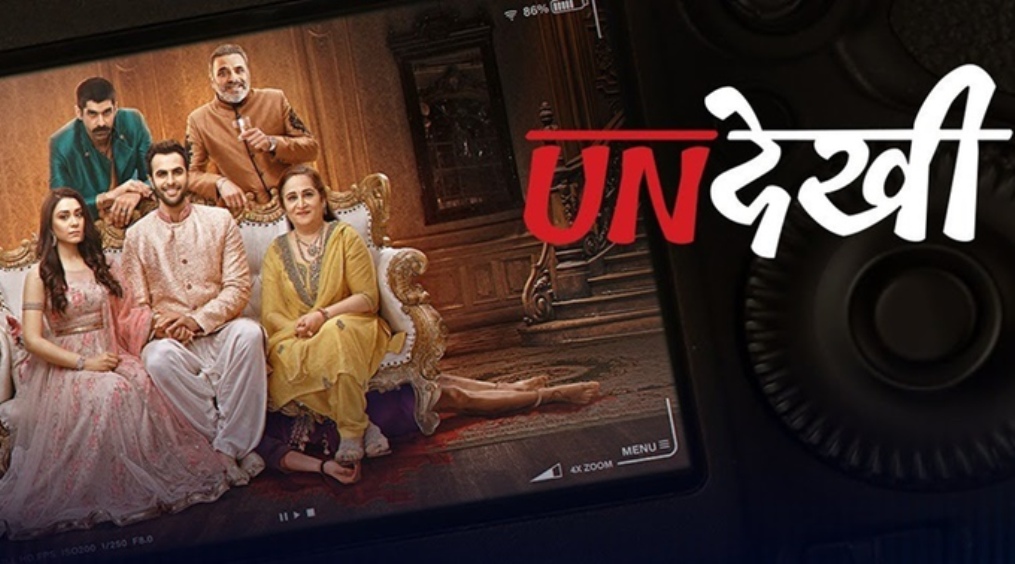 SonyLiv dropped a new web series Undekhi. Based on the Indian Crime Thriller web series. Two friends who are also videographers are going to Manali to cover their friend’s wedding. During the reception, a drunk old man commits cold-blooded murder. If the dancer refuses to speak, he shoots one of the dancers on the floor. He took a shot right on her forehead! One of the videographers catches this tragedy.

The main flashpoint of Undekhi is taken from a recent real-life incident in which a dancer was shot during a wedding ceremony by a drunk man.

Undekhi doesn’t really have any superstars. Yet it has a powerful story, actors who breathe life into the characters, and a script that delivers normative fare with a resemblance of style and seriousness.

Here are some tweets which you should read before watching UNDEKHI-

#DibyenduBhattacharya has to be one of the most underrated actors in India right now. His new web show #Undekhi on @SonyLIV is going to make noise for sure. pic.twitter.com/WvVLNo131B

One thing that I am sure after watching #Undekhi is that I would be blessed to have a friend like #RinkuPaaji but God save me if I make him my enemy. @surya_sun1990 – You are the DEADLIEST & THE BEST part about this crime drama @SonyLIV. Check him out folks, he is a revelation! pic.twitter.com/iUeg59RTSa

#Undekhi review: A web series that ticks all the boxes of a good crime thriller@SonyLIV https://t.co/MPjHqxRUv3 pic.twitter.com/HXI0dOWNF9

#DibyenduBhattacharya has to be one of the most underrated actors in India right now. His new web show #Undekhi on @SonyLIV is going to make noise for sure pic.twitter.com/yt37lZKcXn

Undekhi leaves you wondering until the end. And with the cliffhanger coming to an end, the creators are leaving the possibility of another season open.

Your Honour is now streaming on SonyLiv