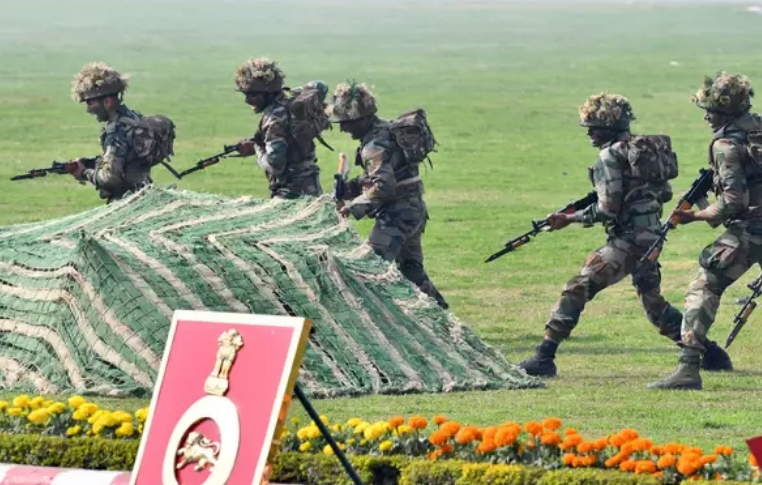 Indian Army Day 2020 is being celebrated in commemoration of the defense forces ‘ brave soldiers. First observed in 1949 this is the celebration’s 72nd year.

Salute the brave soldiers, who risk their lives and sacrifice to protect us. In 1965 also India’s prime minister Lal Bahadur Shastri gave the phrase “Jai Jawan Jai Kisan.” Here are a few more inspiring quotes about Indian Army Day 2020, have a look.

Check out how twitterati tributes to Country’s Bravehearts –

Country Above All
On #ArmyDay,remembering martyrs who gave their life for safety,integrity & sovereignty of our motherland
I am proud to have been a part of best institution of our nation.
Happy to share a picture of para jump with my comrade of 10 Para Spedial Forces.Jai Hind🇮🇳 pic.twitter.com/4F9ooiN3HO

“ You have never lived until
You have almost died,
And for those who choose to fight,
Life has a special flavor,
The protected will never know!!! “ – Capt R Subramanium. #Armyday pic.twitter.com/AtCXY9psIx

On #ArmyDay in 1949 Field Marshal (then Lt Gen) KM Cariappa took over as the first Commander-in-Chief (C-in-C) of the Indian Army from the last British C-in-C of India. #ChinarCorps salutes the brave soldiers who made the ultimate sacrifice to protect our great Nation.@adgpi pic.twitter.com/qNdqhAJiqD

Too high a cost. On #ArmyDay, here’s a look at every man lost in the line of duty in the year gone by. Our eternal thanks to them, their families, those who served alongside them, and continue to. pic.twitter.com/xaFznjgevD

I salute the unparalleled bravery & might of the Indian Army on Indian #ArmyDay today!

Our soldiers have always kept our heads high in the battlefields with their valor, indomitable courage and sacrifice.
Jai Hind! pic.twitter.com/ba0w1ot2Jt

My regards & gratitude to all army personnel on this #ArmyDay. Their selfless services & sacrifices are unmatchable & beyond any words.🇮🇳🙏 pic.twitter.com/rRQTvQTUv2

Today on #ArmyDay, I salute the bravery of our soldiers who guard our nation from icy heights of Siachen to the dense forests in the North East.
Jai Hind. pic.twitter.com/wSTgei3Uh4

Our Army is our pride.
They shield us from threats & guard our borders endlessly irrespective of the weather or the danger. My gratitude towards the brave soldiers on this ‘Indian Army Day’, salute your courage & valour!#ArmyDay pic.twitter.com/QHEsxgmsTw

A day is not enough to salute the martyrs who sacrificed their lives for safety, integrity and sovereignty of our motherland. We salute our Indian Army everyday for their selfless service.#ArmyDay pic.twitter.com/dFhjBrrlaw