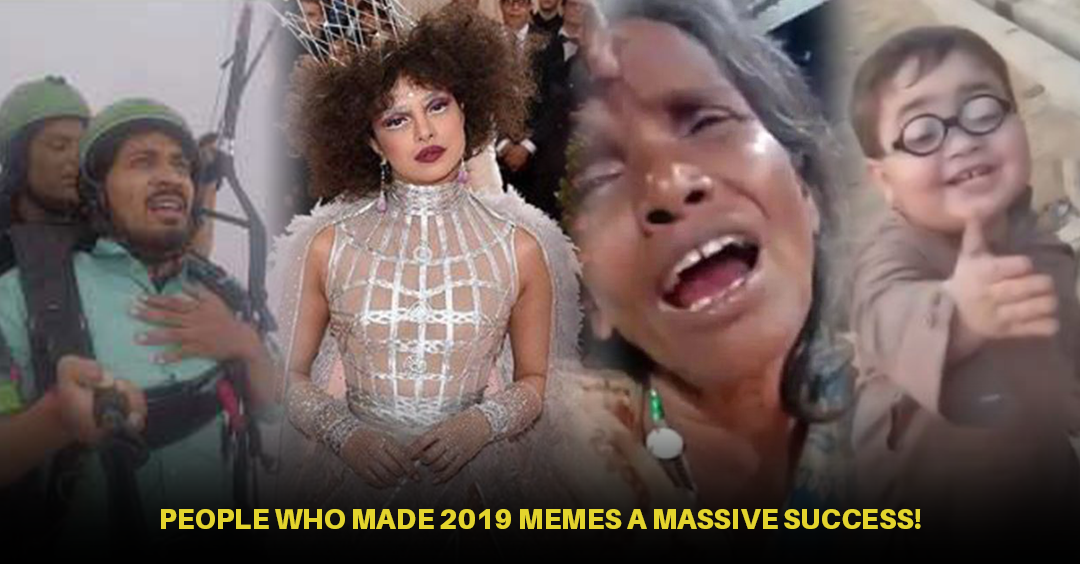 People who made 2019 Memes a massive success!

Memesters are some creative heads who put anything ordinary into laughable content. The majority of memes are captioned photos that are intended to be funny. While some are good, some hit the sentiments of the people involved. 2019 was a year full of memes and many videos went viral in this particular year. Here we reflect on some of the best people who made 2019 memes a massive success-

Pakistan captain Sarfaraz had burgers and pizza before the match later on the leftover enjoyed by Shoaib Malik, Fakhar, Imad, Babar, and others.

In a video where Rahul bose said He was working out in the gym at the Chandigarh Marriot Hotel when he ordered 2 bananas after his workout, he was charged Rs.442.50 for it. A case was registered against the 5-Star hotel and later they were fined 25k. But memes kept flowing to what happened with him.

You have to see this to believe it. Who said fruit wasn’t harmful to your existence? Ask the wonderful folks at @JWMarriottChd #goingbananas #howtogetfitandgobroke #potassiumforkings pic.twitter.com/SNJvecHvZB

A colleague’s Rahul Bose moment when he had to pay Rs 180 to the cobbler for getting his shoes polished.
He regretted not dusting them at home.

Seeing the outreach of the video and its popularity, brands joined in too, to gain engagement in a very sleek manner.

Western Railway can take you at many tourist spots around the western zone of India. Travel easy with WR at an affordable price (approx. fare for Sleeper class). #RahulBoseMoment #WRKiSawari pic.twitter.com/El6iap7vpN

We’re #GoingBananas at what you get at the rate of two bananas these days. #JustSaying. pic.twitter.com/qAKXm78aqB

Protect your family from financial insecurity after you at the cost of 2 bananas and protect them from the lemons that life might give them. 😄 #RahulBoseMoment #RahulBose pic.twitter.com/OszdmEuSPH

A hilarious video went viral in which a guy was taking paragliding ride in Manali. After a while, the ride turns nasty for him as the fear of height caught him mid-air. The guy wanted to land as soon as possible and bribed the pilot to make a safe landing. Some of the words he uttered, went viral and soon the memes kept coming for a long while.

When salaried people take the plunge and start a business 🤣 pic.twitter.com/SdKXdDBI63

*boards flight for the first time*

Ever since ‘Peeche Dekho’ video of a Pathani baby boy came on the internet, the video went viral and everyone loved the innocence of the cute boy who is from Pakistan. Soon, the memes came out rolling and his dialogue was being used in every meme those days.

Others : I don’t look back unless the view is good

Me : I don’t look back unless someone says “peeche to dekho”

People were eagerly waiting for the Scared Games season 2 and when it came out, one of Pankaj Tripathi’s dialogues from the trailer went viral. Soon, memes carried on it and a number of posts came from every aspect somewhere referring to the same dialogue.

My EMIs to me as soon as my salary is credited#SacredGames2 pic.twitter.com/NhdvjnZGNa

When your crush asks your Netflix login details but you were using someone else’s account and now you’ve to buy one.#SacredGames2 pic.twitter.com/uYATVIPprg

Me to my younger brother when i have done something wrong :#SacredGames #sacredGames2 #sacredgames2 #Netflix #sacredgames2 pic.twitter.com/6eCK11nKjN

Priyanka Chopra dressed in haute couture Dior was one of the famous meme highlights of 2019, The ace actress went to Met Gala’s red carpet with her husband Nick Jonas. Her dress and make-up were soon picked up by memesters and photoshopped into memes.

Who did it better ?
RT for Malinga
Like for Priyanka pic.twitter.com/XyjKaf1vQv

1) Someone clicks my pic.
2) I click someone’s pic.#MetGala #MetGala2019 pic.twitter.com/Xa0R0ixBco

Following the Kabir Singh success, its dialogues which were depicted into memes had also a fair bit of success. Shahid’s dialogues got many memesters excited and they did their job the best they could as these memes were seen for quite a long time.

When you get to know that someone ate your leftover pizza from last night. pic.twitter.com/Mfjh1uJFSe

One of the most successful films of 2019, Gully Boy grabbed a lot of attention with its trailer launch, but memes followed with it as well. One of Alia Bhatt’s dialogue ‘Mar Jaega Tu’ from Gully boy exploded with memes and was very popular in that particular month.

When he argues to ride a motorcycle without wearing helmet #SillyBoy pic.twitter.com/OPzycNdEAm

When you look up your common cold symptoms on the internet

A talent that needed to be discovered, Ranu Mandal’s signing got exposure as her soulful voice was appreciated by many. But some of the videos showed her other side after she got famous which wasn’t appreciated by the Online community and soon memes pounced on her, making fun of some of the comments made by her.

Known as Harmonium Chacha, a Pakistani actor from a chat show Loose Talk with Anwar Maqsood being the host. His ‘Abbe Saale’ dialogue made many people jump on their toes since it was filled with humor and laughter. Of late, that was also circulated in most of the memes in the last couple of months.

**friend see me at movie theatre**

2019 was filled with memes all around the internet and these people were icing on the cake. We hope the coming year will be also be stuffed with laughter, joy and memes.