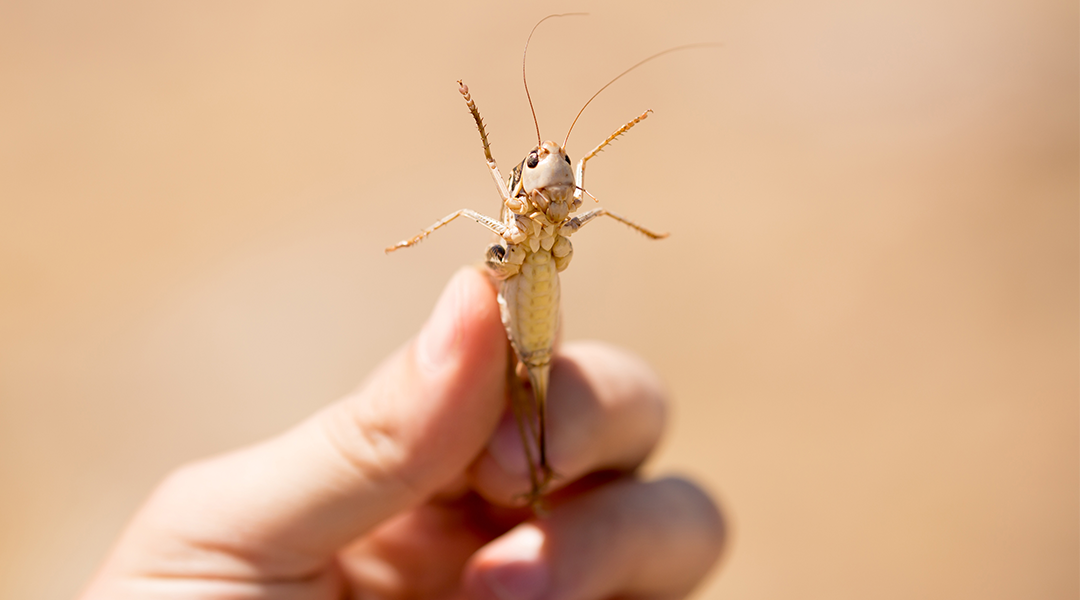 Locust are high on protein!

Year 2020 is really unfurling in numerous ways to beat the shit out of human kind. Couple of days back, thousands of locusts were seen in Jaipur, Rajasthan crawling over the rooftop of residential colonies. The video soon went all over internet and it was evident that those little insects were not quite friendly to humans as well as crops. It is believed that locusts can finish-off crops and eat it completely to leave the land empty.

But surprisingly, one video probably from Afghanistan as claimed, captured a market place to sell thousands of locusts. The small locusts were caged in plastic net bag much like a bundle to sell like any vegetable here in India. Many on social media were quite confused as well as surprised about such trade or business even existing in 21st century. The video also showed a man, pulling out one of the locusts from the bundle and eating it alive after tearing apart its leg. The video could be sensitive to few people and we advise only to watch under your own willingness.

Upon researching, we found that locusts are very high in protein. In Africa, people eat locusts as their regular snacks from nutritional point of view. Even in Kenya, many locusts or grasshopper food are easily available in the market. Locusts contains about 72% of protein in their body. Also, roughly 28g of protein can be found in one single locust. Equivalent to single scoop of protein powder in India. But not many Indians would fancy eating one of those. What’s your take on it?

Termed as worst invasion of swarm of locusts in many years, these little insects entered in various parts of India including, Haryana, Andhra Pradesh, Rajasthan etc eating all the leaf and plants on their way. Locusts can travel up to 150km in a single day makes them more dangerous insect for nearby areas.