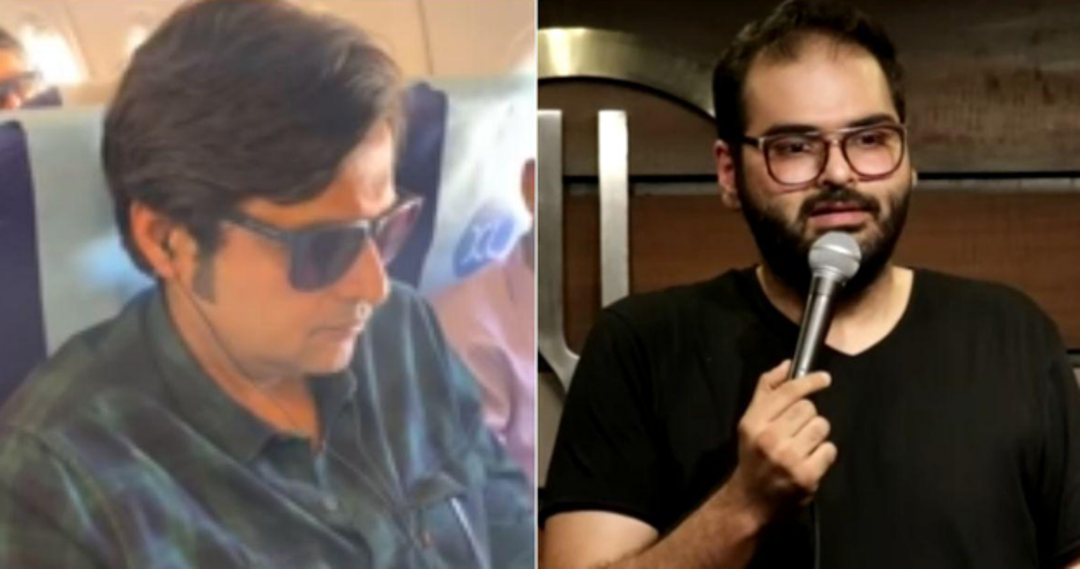 Recently Popular Stand-up Comedian Kunal Kamra confronted Republic TV Journalist Arnab Goswami on a Indigo Flight on his Nationalist arrogance and the way he conducts debates and asks questions to the people involved.

Kamra also says that during the confrontation Goswami called him mentally unstable, and is seen ignoring Kamra throughout the video.
This went big on the internet with people supporting either side affronting on the other.

All he did was call me mentally unstable & after sometime I had no choice but to return to my seat.

I did this for my hero…
I did it for Rohit pic.twitter.com/aMSdiTanHo

After his tweet, Hardeep Singh Puri , Civil Aviation Minister of India and Ministry of Housing and Urban Affairs called his behavior “offensive” and urged other airlines to impose restrictions on Kamra.

We are left with no option but to advise other airlines to impose similar restrictions on the person concerned. https://t.co/UHKKZfdTVS

#KunalKamra is also Trending on Twitter. Check out how Twitterati reacting on matter –

The ban imposed on #kunalkamra by 4 airlines is the act of a coward leveraging his influence with the Govt to silence a critic.

Those who use their “news” cameras as 24×7 tools of propaganda, should show some spine when the camera is turned on them. https://t.co/NNwVcq4ZOj

Not Only Twitterati but brands are also reacting on this matter –

Whatever be the situation, always be prepared. #FlightMode

Cooling so powerful that it makes even the stand-ups sit down. . . #Crompton #CromptonAirCoolers #OptimusAirCoolers

Wanna know the types of people that are on this flight?🤔 Well then tap to reveal🤷🏻‍♂️ . . #NykaaMan #KunalKamra #Flight #Trending #arnabgoswami

Recently, Kunal kamra tweeted a picture, and wrote he’s not sorry for his behavior.
Check out the tweet –

Sorry for not being sorry… pic.twitter.com/2WCPSi971U

Kushal Punjabi passed away found hanging at his Mumbai residence