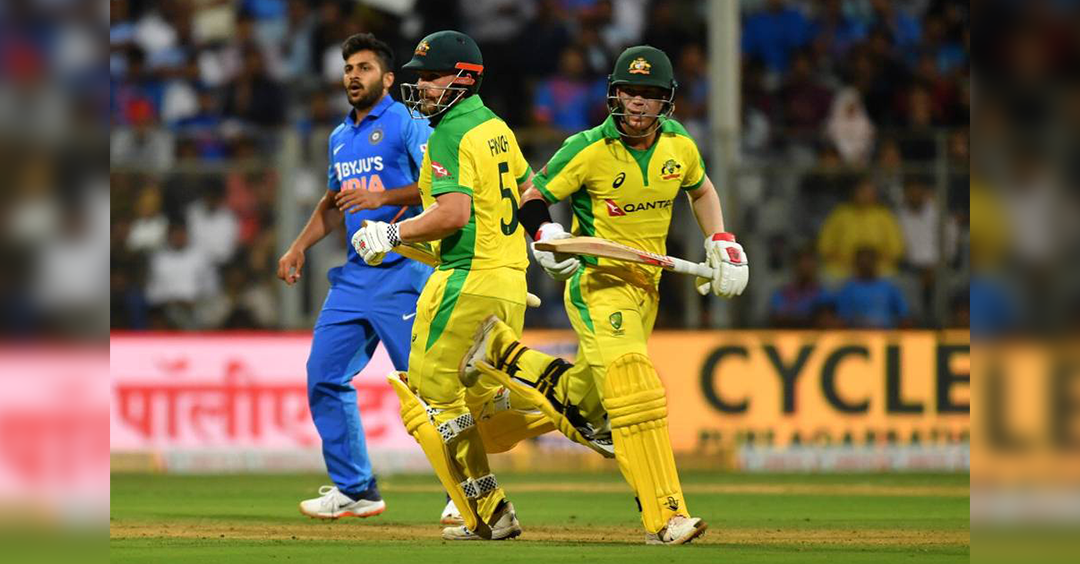 The Indian team failed to set a huge target against the Kangaroos, due to the early dismissal of the top batsmen like Rohit and Virat.
Dhawan was the top-scorer with 74 runs while K.L Rahul fell three short of his fifty.  Their 121-runs were the most valuable contributions from the lower order which helped India to post 255 runs on board.

Here are some of the records broken in this match:

1. It was India’s fifth ten-wicket defeat in ODIs – previously, two were to South Africa and one each to New Zealand and West Indies.

2. This 10-wicket loss was India’s second in ODIs at home India, first being to South Africa at Eden Gardens, Kolkata on November 25, 2005.

3. The chase down of 256 by Australia is the second-highest by any team without losing a single wicket in ODIs.  The first one was South Africa who chased 279 vs Bangladesh at Kimberley on October 15, 2017.

4. The unbeaten match-winning innings of 128 runs by David Warner is his highest against India.

5. It was Australia’s second-highest opening stand in ODIs. The highest was 284 runs between Travis Head and David Warner against Pakistan.

6. It was for the fourth time in ODIs that Aaron Finch and David Warner have registered 150-plus for the first wicket, breaking an Australian record held by Adam Gilchrist and Mark Waugh.

7. Aaron Finch posted his first hundred as captain in ODIs against India.

8. The partnership of 258 by Warner and Finch is the highest by an opening pair against India, overhauling the 235 of South Africa’s Herschelle Gibbs and Gary Kirsten.