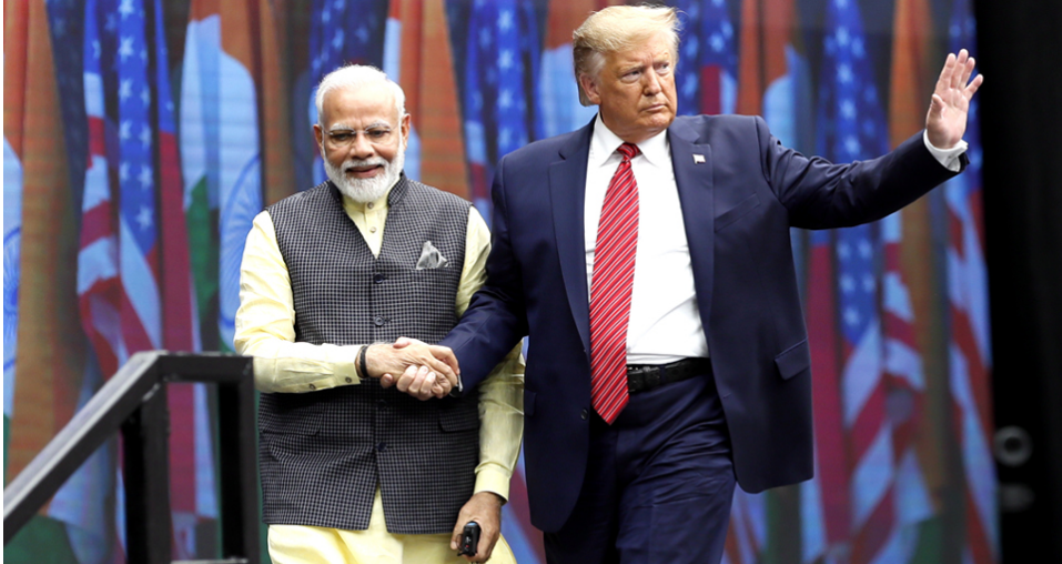 The preparation is on full swing to welcome the US President Mr Donald Trump. He will be going to Ahmedabad, where he will inaugurate the World’s Largest Cricket Stadium in his two-day visit. Trump along with his wife will visit Delhi, Agra, and Ahmedabad in this trade deal tour.

Anti-Terrorist court today has given a death sentence and 300 years imprisonment to three terrorists from Jamaat-ul-Ahrar for their involvement in the 2014 Wagah border bombing which killed more than 60 people.

India’s top court stated that women could now serve as army commanders, dismissing the government’s defence that male soldiers would accept orders from female officers. The Supreme Court of India also ordered the government to extend permanent service, pension – which has only been applicable to men Army so far – to all women Army officers, signalling a move towards gender equality.

Ishant Sharma was suffering from grade 3 tear on his ankle where he was taken care in NCA before clearing him to fit for the New Zealand tour. India will play the first test from 21st February and Ishant can be great asset looking on the fact about his recent form he been into. These tests will be crucial as the points will also be included in Test Championship.

To be able to play a small part in a film that captures one of the most iconic moments in sporting history has been an absolute honour. Ive seen very closely the role a wife plays in the success of her husband’s professional and personal aspirations in my mother and 83 for me in many ways is an ode to every woman who puts her husband’s dream before her own…#thisis83 @kabirkhankk @ranveersingh @_kaproductions @reliance.entertainment @fuhsephantom @nadiadwalagrandson @vibrimedia @83thefilm

The Mumbai-based dance group V Unbeatable has won the second season of America’s Got Talent: The Champions. The dancers found international glory with their victory on the US show on Monday.

This incredible performance by @v_unbeatable and @travisbarker cemented their legacy as the best in the world! pic.twitter.com/Te8YsCT6b5

5⃣0⃣ Million strong on @instagram 💪🏼 Thank you guys for all the love and support. 🙏🏼😇

Samsung launches Galaxy A71 Price and other features

Samsung launched the Galaxy A71 in India today. The mobile will start selling from 24 Feb and will be available across retail stores, Samsung e-shop, Samsung Opera and as well as major e-commerce websites. The company has only launched a single variant of the device and priced the Phone at 29,999. The Galaxy A71 will be available in Prism Crush Silver, Blue and Black colours, which comes with 8GB RAM and 128GB of internal storage.

Preparing for @Rajinikanth’s blockbuster TV debut with an Into The Wild with Bear Grylls motion poster! I have worked with many stars around the world but this one for me was special. Love India. #ThalaivaOnDiscovery pic.twitter.com/kFnkiw71S6

Bear Grylls shot with Rajinikanth for his show ‘Man Vs Wild’ in Bandipur forest in Karnataka in January. On Wednesday, Bear Grylls released the first look of his episode with superstar Rajinikanth. Bear tweeted a motion poster of the episode, which directly went viral. The short video features a graphic of both Rajinikanth and Grylls in front of a jeep with dramatic music playing in the backdrop. The show will also mark Rajinikanth’s television debut in India. Beartweeted, “Preparing for @Rajinikanth’s blockbuster TV debut with an Into The Wild with Bear Grylls motion poster! I have worked with many stars around the world but this one for me was special. Love India.”