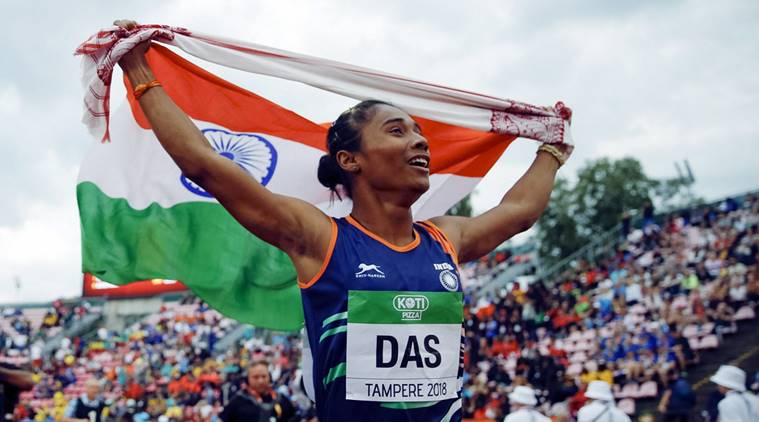 Indian athletes have always felt the essence of disadvantage due to poor training facilities and nourishment. But their spirit of nationalism and patriotism is way beyond these problems.

18-year-old Indian athlete Hima Das has made the entire nation proud on her achievement of winning an athletic gold in the international stage. She is the first ever Indian women who have won such highest achievement in the history of the Indian sport.

Hailing from the district of Assam called Nagaon, Hima finished first in the race of 400m at the IAAF World U20 Championship, with the timing of 51.46 seconds. According to her, the timing was still not her personal best.

51.13 is the fastest timing in the 400m run, she was able to achieve at the National Inter-State Championship in Guwahati. Her timings have been added in the Indian U20 national records directory.

And this is how Him Das became the first Indian woman to win an #IAAFworlds title pic.twitter.com/0Zhx0QuxZI

Hima had performed tremendously well in the qualifying rounds, winning the time of 52.25 seconds. She also emerged top in her semi-final round, winning the race with timing 52.10 seconds.
However, she started with a well-paced start which let her part of the top four leading racers going into the final turn. But once the racers were sprinting to the final mark, Hima easily emerged out of the pack winning the race with a comfortable lead.

Hima reported in her interview that she is highly proud of holding the national flag on her shoulder. She even thanked India, her team leader and her coach who supported her throughout her journey.
According to the news reports, this is the second best timing of Hima after she competed in the 2018 Commonwealth Games in Gold Coast, finishing sixth in the final race in 51.32 seconds.

Congratulations to our sensational sprint star Hima Das for winning the 400m gold in the World Under-20 Championship. This is India’s first ever track gold in a World Championship. A very proud moment for Assam and India, Hima; now the Olympic podium beckons! #PresidentKovind

Hima Das creates history by winning Gold medal in 400m of World U20 Championships. She is 1st Indian athlete to win Gold in track event of U-20 World Championships. You have made 🇮🇳 proud. #NariShakti

Wow! So proud of you Hima Das. Incredible, historic achievement on becoming the first Indian track athlete to win a medal at any global event winning Gold at women’s 400m World U-20 Championships clocking a time of 51.47 seconds. Thank you for the happiness. pic.twitter.com/Cs5wY8sDuM

Hima’s victory has set an example for the Indian youths that anything is achievable if you are determined and passionate for it.