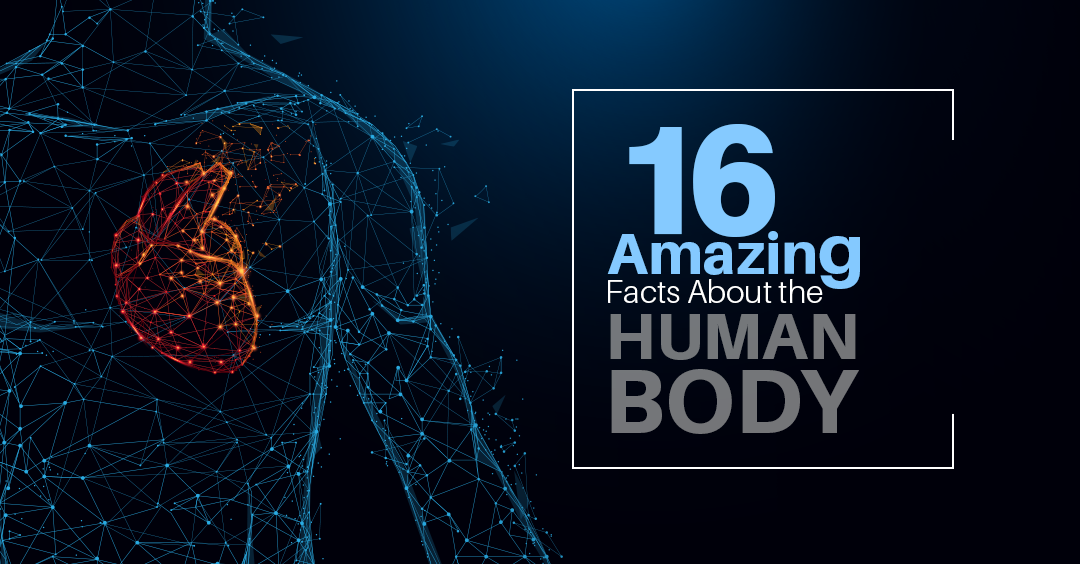 Here are 16 amazing facts about the human body:

1. On average a person’s mouth produces about one litre of saliva each day.

3. Many babies don’t shed tears until they’re at least one month old.

4. The left lung is about 10-12 percent smaller than the right one. This is because the heart is in the little left of the center of his chest, occupying some space of the left lung.

5. The cornea of the eye is the only part of the body that has no blood supply; it receives oxygen directly from the air.

6. On average the human heart pumps 182 million litres of blood during the lifetime.

8. The average person forgets 90% of their dreams.

9. Humans are the only living organism that sleeps on their backs.

10. Only 10-11 % of the human population is left-handed, yet there is no exact scientific reason why lefties are so rare.

11. Humans are the only living organism that can draw straight lines.

13. Most of the people lose half of their taste buds by the age of 60.

14. A person burns more calories while sleeping than watching TV.

16. An adult human body is made up of about seven octillion atoms.

10 Amazing Ways to Keep Your Heart Young and Healthy