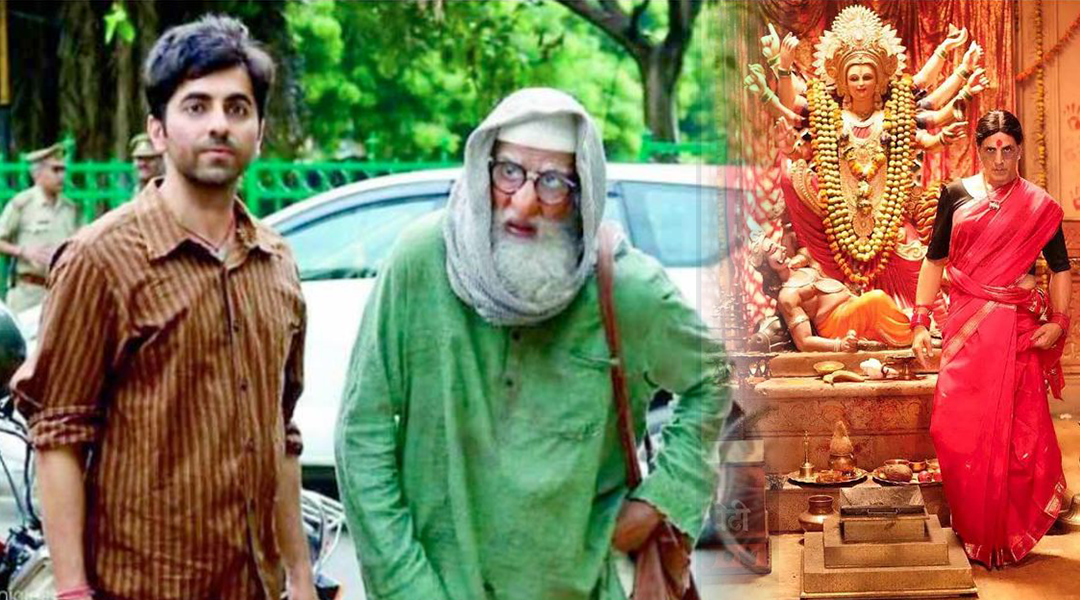 The lockdown in India is as yet in progress and theaters and shopping centers have been ordered to stay closed. Because of this, numerous movie producers are releasing their movies at online platforms.

Here are a couple of movies that will be screened straightforwardly at OTT platforms:

Gulabo Sitabo has Amitabh Bachchan and  Ayushmann Khurrana in the lead roles. This Shoojit Sircar film will be released on 12th June 2020 on Amazon Prime.

A horror comedy, Akshay Kumar starrer, Laxmi Bomb is a remake of Muni 2: Kanchana, a Tamil film. It will be released on Disney+Hotstar.

Jhund is rumored to be released on Netflix very soon. It is based on the life of Vijay Barse. Vijay is the founder of Slum Soccer, a NGO. The film is directed by Nagraj Manjule and stars Amitabh Bachchan, Akash Thosar, and Rinku Rajguru.

Releasing on Netflix, The Kargil Girl is the biopic of Gunjan Saxena. In the lead role, we see Janhvi Kapoor along with Angad Bedi and Pankaj Tripathi.

Shakuntala Devi is based on the famous “Human Calculator” woman. The film stars Vidya Balan along with Sanya Malhotra. It will be released on Amazon Prime Video.

Khaali Peeli is an action film with a romantic twist. It will be soon seen on Netflix. The film cast includes Ananya Panday, Ishaan Khatter and Jaideep Ahlawat.

Coming up on Disney+Hotstar, Mimi is a remake of the Marathi movie Mala Aai Vhhaychy! The film revolves around a surrogate mother which is played by Kirti Sanon in the movie. Along with her, you will see Pankaj Tripathi and Sai Tamhankar.

Instead of theater, this  Kiara Advani film will also be released on an OTT platform.