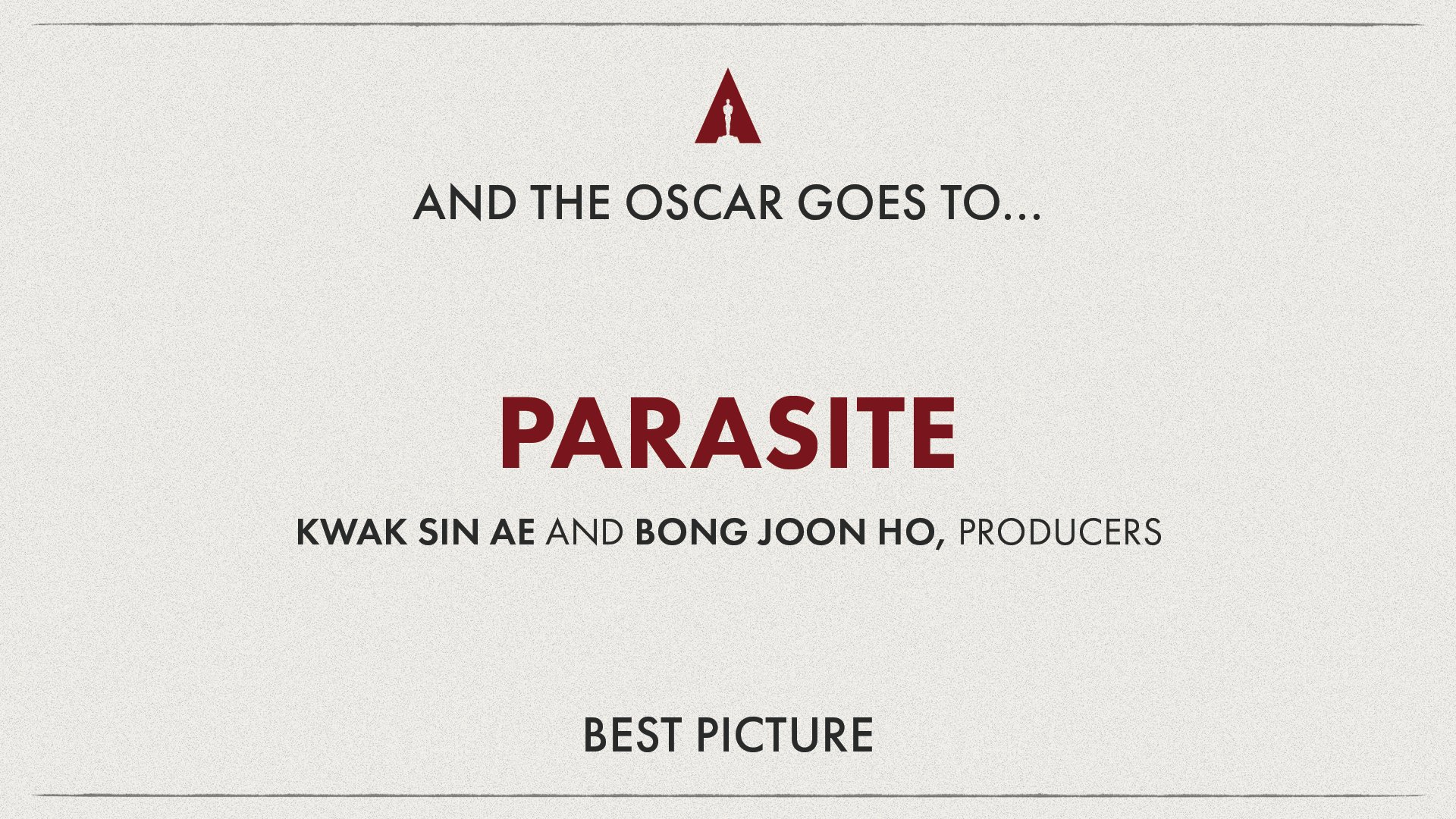 ‘Parasite’ is a 2019 South Korean black-comedy thriller film which is directed by Bong Joon-ho. The movie shows how a lower-income family penetrates a wealthy household and slowly gets the whole family to live in a big mansion. All the family members have roles in their hyper-stylish modern home, having used every dirty trick in the book to be the lone caretaker of the entire lavish home.

The 92nd Academy Awards honored the best films of 2019 and took place in California. Parasite, a South Korean film, is the first foreign-language film to win the Best Picture award at the Oscar 2020, shattering 92 years of Academy Award history. It is the first non-English language film to win the best picture at the Oscars. Movies like The Irishman, Joker, Little Women and 1917 were the contenders for the best picture but Bong Joon Ho’s Parasite was honored the top award.

The moment when history is made. Team #Parasite reacts to their best picture win at the #Oscars https://t.co/HWpYKg8uT5 pic.twitter.com/WP4W8uL7HK

“After winning Best International Feature, I thought I was done for the day and was ready to relax,” Bong Joon Ho says after winning Best Director at the 2020 #Oscars for “Parasite.” The film also won Best Picture later in the evening pic.twitter.com/kNrGSX8EOI

"I FEEL LIKE A VERY OPPORTUNE MOMENT IN HISTORY IS HAPPENING RIGHT NOW"#Parasite did it omg, they got the #Oscars just look at their proud facespic.twitter.com/L00BJyZ4Cj

Language is a core expression of identity. Subtitles do not divide or disqualify – they’re gateways into incredible stories you might have otherwise never known.

Tonight I heard the language of my family on the Oscars stage. 🇰🇷 I can’t wait to hear many, many more… #Parasite pic.twitter.com/rqFdQwX4t4

'Shubh Mangal Zyada Saavdhan' Vs 'Bhoot Part One: box office clash; Which film should you watch this weekend?