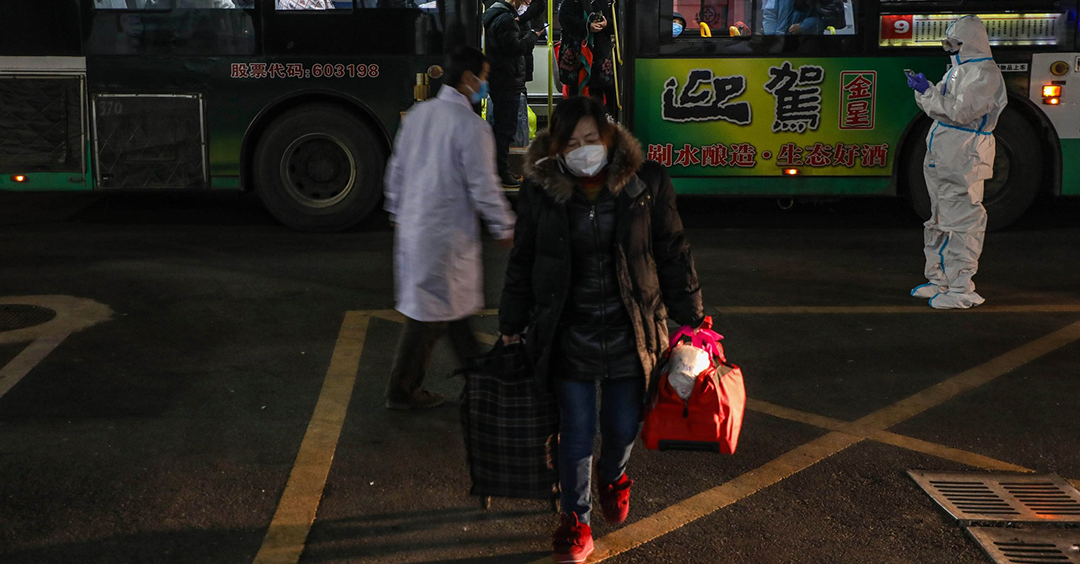 According to the Johns Hopkins university’s real-time tracker of the disease, the novel coronavirus has claimed 564 lives so far and affected more than 28,000 people in 27 countries. Earlier the coronavirus has been declared a global emergency by the World Health Organization, as the outbreak continues to spread outside China. Of the 900 samples tested by the Indian Council of Medical Research so far, only three were positive, all in Kerala.

On Wednesday Automotive industry’s Maruti Suzuki showcased its Futuro-e electric vehicle concept at Auto Expo 2020. However, they are yet to introduce an electric vehicle.

In an interview on Wednesday, the managing director of Maruti, Kenichi Ayukawa said that the high cost of electric vehicles and inadequate charging infrastructure pose major challenges to selling such vehicles in India. They say that its customers are not yet ready to drive electric cars as the country’s top carmaker appeared unfazed amid a slew of electric vehicle launches by its competitors.
“We have to watch the customers and when they want that kind of a product, and then we have to offer that kind of an offering. We cannot find that kind of a requirement at this moment. But we have to prepare ourselves,” Ayukawa said.

Directed by Ahmed Khan, the trailer of the third installment of Baaghi was released by the makers on Thursday. The trailer is loaded with Tiger doing some unbelievable stunts with heavy war machines and helicopters in the war zone of Syria. Also a high pitched dramatic brotherhood story of Tiger (Ronnie) and Ritesh Deshmukh (Vikram) can be seen in the trailer.

From the trailer, we can conclude the story of two brothers Ronnie and Vikram who share an unbreakable bond and Ronnie always comes to the rescue whenever Vikram falls in any trouble.
Ronnie (Tiger Shroff) goes on a rampage of destruction to see his brother safe, even if it means that he independently has to take on an entire country. Other than Tiger the movie features Shraddha Kapoor, Riteish Deshmukh, Disha Patani, Ankita Lokhande, Jackie Shroff and others in crucial roles. The film is set to release on March 6.

Realme C3 launched in India Check price and other specs

Comes as a successor of earlier launched Realme C2, the smartphone Realme C3 will go live on sale from 14 February, at noon and will be available on Realme’s online store and Flipkart.
The Smartphone features dual-rear cameras, a powerful 5,000 mAh battery capacity with reverse charging facility and a 30-day standby, and will come with a 6.5-inch display and a waterdrop notch.
Keeping mobile gaming enthusiasts in mind, the smartphone runs on MediaTek Helio G70 SoC processor, which is tweaked specifically for gamers.

Hyundai shows off its new Creta at Auto Expo 2020

Hyundai India revealed the all-new Creta on Thursday at Auto Expo 2020. This is the first major update of the car, after the launch in 2015.
The new Hyundai Creta is based on ix25, which is at present only available in China. The car follows the recent design trends with sleek headlamps cluster and DRLs in the front. Hyundai India claims the new car will be launched by the mid-march.

The Creta 2020 will get the same engine mechanism options as the Kia Seltos. It will come with three variants of BSVI engines. The cheaper petrol variant comes with a 1.5-litre petrol engine that is capable of producing 115PS power and 250Nm torque. The second petrol option is a 1.4-litre Turbo GDI engine which produces 140 PS of power and 242Nm torque. The 1.5-litre VGT diesel variant puts out 115PS of power and 250Nm torque. Boomerang shaped LEDs, new fog lamps, panoramic sunroof, and fresh tail lights design makes the car look more sporty and elegant.

All you need to know about Coronavirus: India reports the first case of Coronavirus in Kerala

A Thief Breaks into Soldier's Home Steals Nothing, Leaves Apology